Graphics card pricing can't actually trend upward forever, right? Right!? Please tell me I'm right. Unfortunately, that is the disheartening reality we live in at the moment, where for the past several months, the cost of buying a graphics card has consistently gone up. This has been the case since earlier July, and even a little before, depending on the exact model.
By now, the reasons are clear, or at least the apparent reasons are in focus. It is a combination of factors—a global shortage of silicon, the latest generation graphics cards from both AMD and NVIDIA being in high demand, cryptocurrency mining eating into the market for GPUs, and of course the newest game consoles (PlayStation 5 and Xbox Series X|S) employing modern GPU hardware (RDNA 2).
TSMC also recently talked about the challenge of customers hoarding chips, thereby creating artificial shortages. Perhaps that is contributing to the situation as well, thought to be clear, TSMC did not mention AMD or NVIDIA (or any company by name, actually).
Anyway, here's the latest snapshot of GPU price trends...

The chaps at 3DCenter have been tracking GPU prices at German retailers for a good long while now, and plotting the changes over time provides an interesting overview of where things have gone and where they seem to be headed.
For example, we can see that GPU prices absolutely skyrocketed around mid-May, especially for GeForce RTX 30 series cards, then plummeted. But after that pricing free fall (from hitting record highs), prices have been steadily going up, regardless if you are in the market for a Radeon GPU or a GeForce part.
The green and red lines highlight the best prices, on average, for various Radeon RX 6000 series and GeForce RTX 30 series graphics cards (see the legend for specific models). And according go to the data that is plotted, Radeon RX 6000 series cards are selling for 72 percent above MSRP, while GeForce RTX 30 series cards are going for 83 percent above MSRP.
This will obviously vary by model, as well as by territory and by each retailer. But make no mistake, GPUs are like gold right now. Even the least expensive models from both companies are commanding big prices. 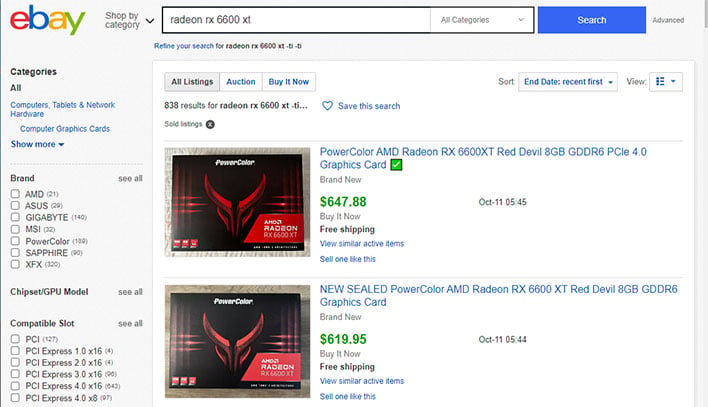 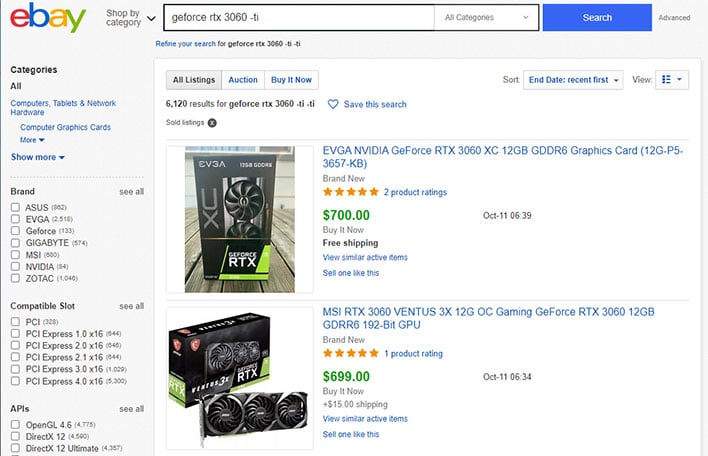 Looking at the most recently sold listings on eBay, the Radeon RX 6600 XT is fetching around $600 to $650, which is about 58-71 percent over its $379 MSRP. Meanwhile, the GeForce RTX 3060 is pulling in about $700, which is around 82 percent above its $329 MSRP.
As we have said multiple times before, this situation is temporary. How temporary, though, remains to be seen. Both TSMC and Intel are investing billions into new and expanded chip factories. But the overall shortage could linger throughout the entirety of 2022. Here's hoping for better times ahead.