SpaceX Starlink Service Exiting Beta Trials In October, It Only Gets Better From Here

SpaceX’s Starlink program has been growing exponentially in the past year, adding new customers and sending more satellites to space. Whether or not you think this is a good thing, it is impressive, nonetheless. Now, the founder and face of SpaceX, Elon Musk, has announced that Starlink will be exiting its beta phase next month.

Following Elon Musk’s tweet about good feedback on Tesla’s self-driving functionality, Twitter user Overshield asked the space-mogul when Starlink would be exiting its beta. Musk wrote a curt reply, only stating “next month.” While those ten characters may not seem like much, it effectively announces a new era for Starlink, which begins in October. 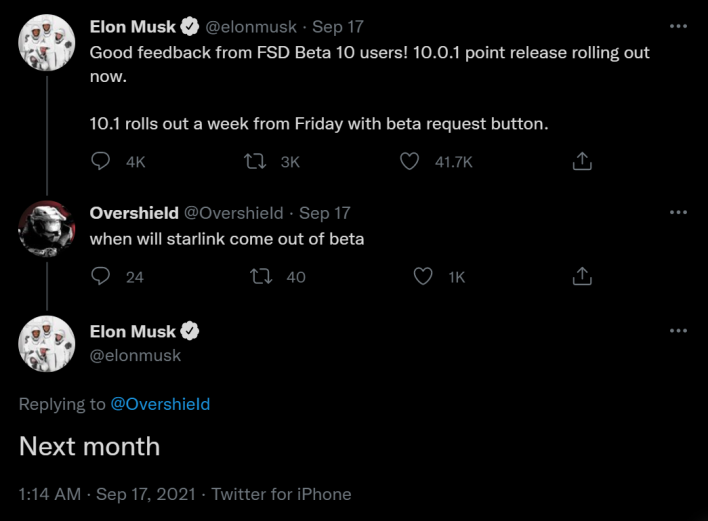 As the FAQ on Starlink’s website reads, users should “expect to see data speeds vary from 50Mb/s to 150Mb/s and latency from 20ms to 40ms in most locations” during the beta period. However, with this period coming to an end, we should see speeds and latency improve worldwide. This is also helped by the fact that there are now 100,000 Starlink terminals shipped, which is significantly more hardware than what was needed for 10,000 Starlink customers announced back in February. 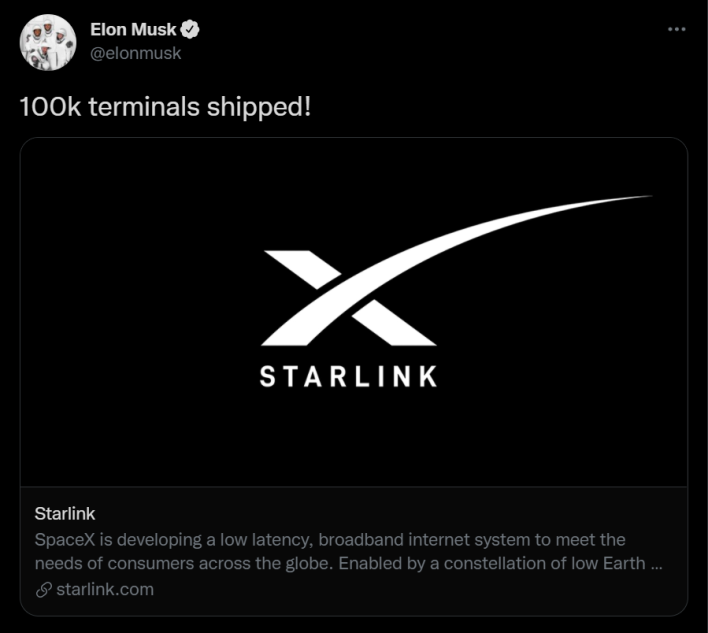 Furthermore, we could also see the cost of Starlink dishes begin to drop as the supply line becomes more refined. SpaceX President Gwynne Shotwell explained back in August that user terminals “will cost roughly half of what our current user terminals cost,” and that price may also drop in the future.

Though there are concerns about the sheer number of SpaceX satellites in the sky, it is undeniable that this sort of global internet service provider competition is good for everyone, including those who did not have internet access previously. In any event, hopefully, we will hear more about Starlink exiting beta soon, so stay tuned to HotHardware for updates.