SpaceX launched 49 satellites to low Earth orbit on Thursday, February 3rd at 1:13 pm EST from Launch Complex 39A at Kennedy Space Center. The company noted it typically at first deploy satellites to lower orbits so that any satellite that “does not pass initial system checkouts [will] quickly be deorbited by atmospheric drag.” A geomagnetic storm occurred on Friday, February 4th. Geomagnetic storms cause both the temperature of the atmosphere and atmospheric density to increase. SpaceX noted that its onboard GPS indicated the storm caused an atmosphere drag that was 50% higher than it had been during its past launches. 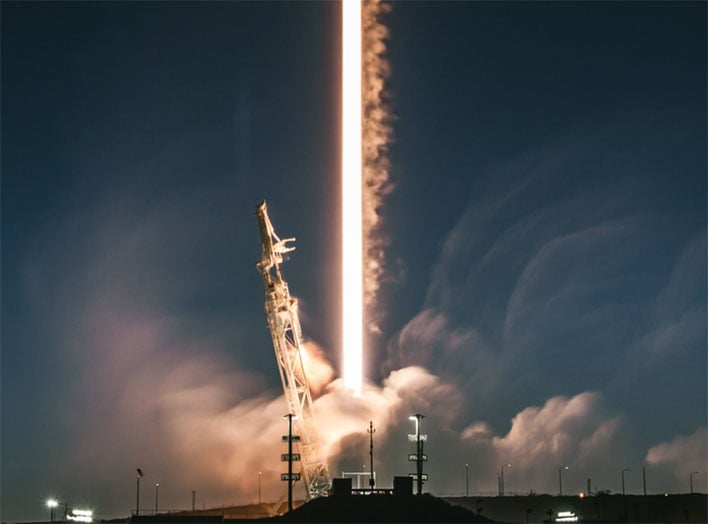 SpaceX responded to the storm by placing the satellites “into a safe-mode where they would fly edge-on (like a sheet of paper) to minimize drag.” However, the atmospheric drag was so intense that the satellites were never able to leave safe-mode. The satellites are now heading back into the Earth’s atmosphere, if they have not already done so. Thankfully, there is no reason to suspect that a piece of a Starlink satellite will land on your head or hit another satellite. SpaceX remarked that, “no orbital debris is created and no satellite parts hit the ground.”

This was the third Starlink launch in 2022 and the 49 satellites were intended to join SpaceX’s existing 1,800 satellites. SpaceX’s eventual goal is to deploy up to 42,000 satellites to provide “high-speed, low-latency broadband internet across the globe.” This program has drawn quite a bit of criticism from scientists, politicians, etc. They have voiced concerns about everything from increased satellite collisions to worries that the satellites will crowd the night sky and make astronomical observations more challenging.

SpaceX has most recently faced criticism for its new Starlink Premium service. Many people who are interested in the service have experienced sticker shock. The program is $500 USD a month, plus a one-time $2,500 charge for the hardware, $50 shipping fee, and taxes. Starlink Premium costs five times the price of the base service and many are questioning whether it is truly worth it.