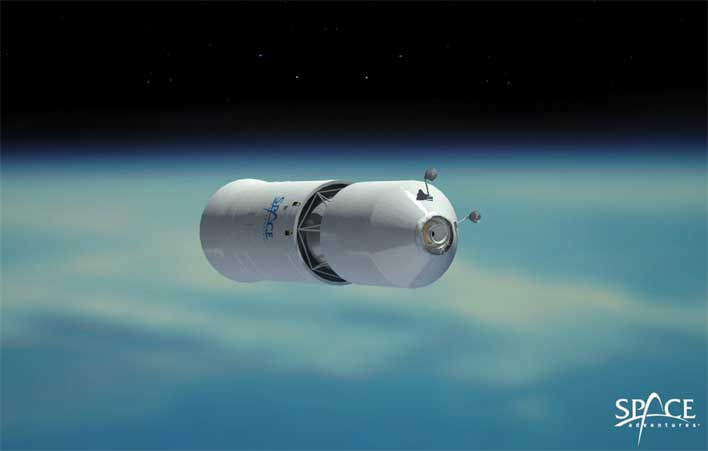 A company called Space Adventures today announced that it has signed an agreement with SpaceX that will allow it to send private citizens into space aboard the Crew Dragon spacecraft. The agreement will allow up to four individuals the opportunity to break the world altitude record for private citizen space flight and to see the Earth in a way that only an elite few have experienced.

Space Adventures says that if it's able to find interested parties, the mission will be the first orbital space tourism experience provided entirely using American technology. The mission will see private citizens fly aboard the fully autonomous Crew Dragon spacecraft that will be put in orbit by the Falcon 9 rocket. That is the same setup that will eventually be used to transport NASA astronauts to the ISS. If all goes according to schedule -- and with final NASA approval -- Crew Dragon could begin sending U.S. astronauts to the International Space Station (ISS) this Spring.

Space Adventures says that the mission will be a special experience and once-in-a-lifetime opportunity that will reach twice the altitude of any prior civilian astronaut mission or space station visit. It's unclear at this time how much one of the four seats would cost, but we'd have to imagine that a single ticket would be in the millions. SpaceX president and COO Gwynne Shotwell said that the historic mission would "forge a path" to make spaceflight possible for anyone who dreams of it. The mission would not be without risk, as any spaceflight has the potential to be deadly if something goes wrong.

However, SpaceX does have a good track record for safety and recently showed that the capsule could survive a potential rocket explosion by demonstrating a successful Crew Dragon capsule abort test. The capsule abort process is meant to save astronauts lives if something goes wrong during launch.