Sony took its sweet time bringing its compact and flagship Xperia 5 III smartphone to the United States, but it's finally here and commanding a premium price to boot. It also faces some stiff competition, both now and in the coming weeks and months as newer smartphone models emerge (Samsung is readying its Galaxy S22 launch, for example). So what makes the Xperia 5 III tick?
Introduced in other parts of the world last year, the Xperia 5 III arrives in the US with the same core specifications, including a 6.1-inch OLED display with a 2520x1080 resolution (21:9 aspect ratio), fast 120Hz refresh rate (once mostly relegated to gaming phone status, but now more commonly found), and HDR support.
This is powered by Qualcomm's Snapdragon 888 processor. The 888 is a little less exciting now that there is a Snapdragon 8 Gen 1 chip (as well as the binned 888 Plus), but in terms of real world performance, it's still a very fast mobile processor. Sony's compact flagship also boasts 8GB of RAM and 128GB of internal storage. 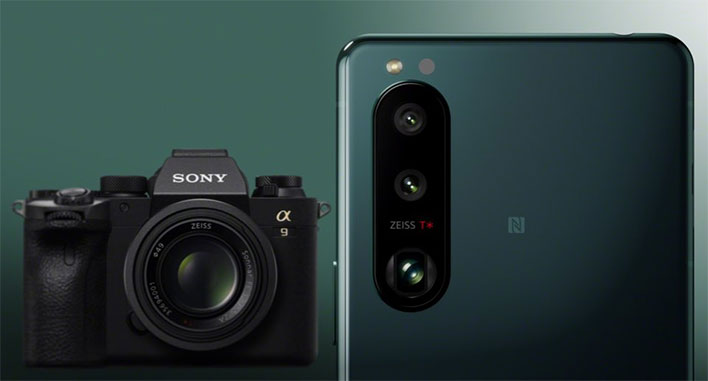 Among other things, Sony is known for its efforts in the camera space, and that often translates over to its Xperia phones. In this instance, we're looking at a triple-lens arrangement on the rear, powered by calibrated Zeiss optics borrowed from Sony's Alpha cameras. They consist of a 12-megapixel main shooter (f/2.2, 16mm), a 12-megapixel ultrawide lens (f/1.7, 24mm), and a 12-megapixel telephoto camera (f/2.3 - 70mm, f/2.8 - 105mm). And on the front, there's an 8-megapixel camera for snapping selfies.
"Expand your creative possibilities with four versatile lenses in a triple camera and fast, accurate AF across all cameras. Thanks to Dual PDAF sensors, Continuous AF keeps focus on moving subjects, while Sony's unique telephoto system supports fast AF even at extended focal lengths," Sony says.
Sony is partially banking on the comparatively compact nature of the Xperia 5 III to lure customers who may be looking for something a little smaller. The phone measures 6.2 x 2.7 x 0.3 inches, so it should slip easily and comfortably into your pants pocket (or wherever).
As to that premium price we mentioned earlier, the Xperia 5 III is available now for $999.99.