For a lot of people, camera performance is of the utmost importance when it comes to choosing a smartphone. With that in mind, Sony today unveiled the Xperia 1 III (pronounced One Mark Three), a new flagship handset and the first phone in the world to boast a variable telephoto lens, paired with a dual PD sensor.
Sony says it co-developed the handset with the engineers behind the Sony Alpha brand cameras. Base camera specificaions include an 8-megapixel lens on the front with an f/2.0 aperture, 78-degree field of view, and HDR support, while the backside of the phone houses a triple camera arrangement, each with a 12-megapixel Exmor RS sensor.
These are equivalent to a 24mm wide-angle lens (f/1.7, 82-degree FoV), a 16mm ultra-wide angle lens (f/2.3, 34-degree FoV), and a 70mm telephoto shooter (f.2.3, 34-degree FoV) that is also capable of 105mm (f/2.8, 23-degree FoV). 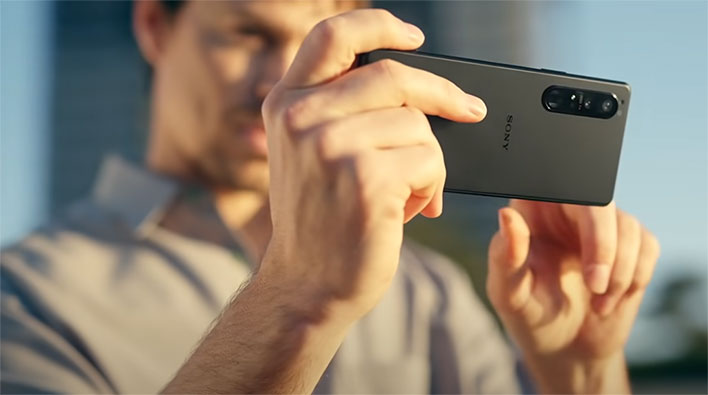 "Pairing this unique lens setup with a dual PD sensor and a dual PDAF capabilities ensures that all of the beauty and detail in each image is captured in full, across the entire focal range. These new models represent the first time ever that a variable telephoto lens has been paired with a Dual PD sensor in any smartphone," Sony says.
All three rear sensors have Eye AF (autofocus) that can detect eyes and track both humans and animals. As with last year's Xperia 1 II model, users can snap still shots in burst mode at 20 frames per second, with low light noise reduction powered by BIONZ X. And on the software side, Sony updated the Photography Pro feature with a new Basic Mode.
It will be interesting to see what real-world camera performance is like, given all the features and hype surrounding the new setup. For that we'll have to wait and see. 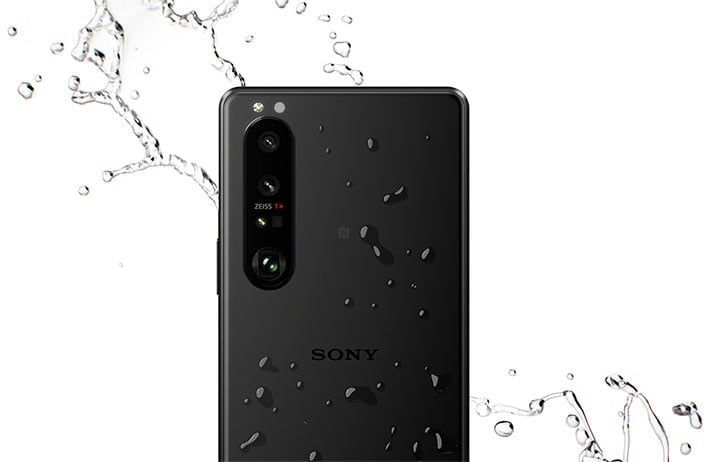 Outside of the cameras, this is every bit a flagship phone, with a 6.5-inch 4K HDR OLED display sporting a fast 120Hz refresh rate (and 240Hz motion blur reduction), protected with Gorilla Glass Victus on the front and Gorilla Glass 6 on the rear. IP65/68 water and dust resistance are part of the package, too.

This is powered by a Qualcomm Snapdragon 888 processor and 12GB of RAM. It also boasts 256GB of built-in storage, which is expandable via microSDXC (up to 1TB), a relatively capacious 4,500 mAh battery with fast charging support, 5G connectivity, dual SIM slots (hybrid).
Sony also unveiled a more compact Xperia 5 III with a 6.1-inch FHD+ HDR OLED display, 128GB of internal storage, and 8GB of RAM. It sports the same camera arrangement, including the variable telephoto lens. However, Sony says the Xperia 1 III includes a "more sophisticated feature set for photographers," such as upgraded treal-time tracking.
No word yet on how much either of these handsets will cost, only that they will ship in the US sometime this summer.