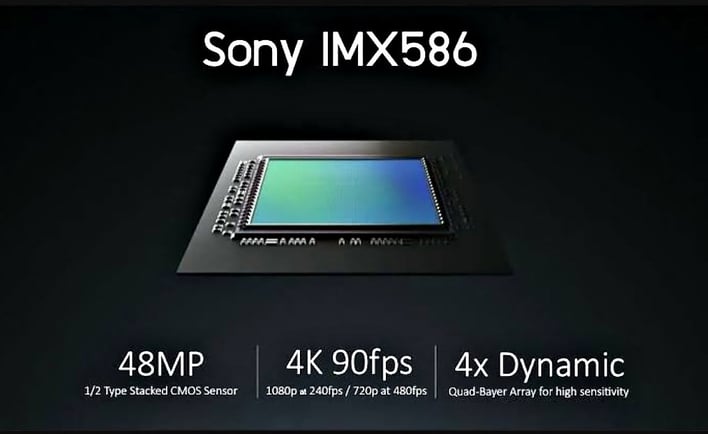 There's no question that smartphone OEMs have gone “camera crazy” in recent years. Just a few years ago, it was an oddity to see a smartphone with two rear cameras, and now it's rare to see a new mid-range to flagship smartphone released with any less than three image sensors.

Given the demand for multiple high-quality sensors in today's devices, suppliers are finding it hard to keep up with demand. For Sony in particular, the company says that it is running its production lines 24-7 in order to keep up with demand, but even that isn't enough to satisfy its customers. As a result, the company is looking to double capital expenditures for the current fiscal year to roughly $2.6 billion. In addition, Sony is hoping to add more capacity in Q2 2021 with the launch of a new sensor manufacturing facility in Nagasaki.

Smartphone manufacturers are in a camera "arms race" so to speak, with Apple, Samsung, and Google vying for dominance in image quality. Google arguably kicked off the computational photography revolution with its Pixel family of devices, while Samsung and Apple have using multiple sensors to enable impressive portrait-style images. The most recent advances have come with the nighttime photography, with Apple seemingly having the upper hand against its rivals with the iPhone 11 Pro family.

Sony is far and away the leader in the image sensor market, with the company commanding a 51 percent share. However, if its investments and production expansion pan out as expected, that share could expand to 60 percent by Sony's fiscal year 2025.

“Judging by the way things are going, even after all that investment in expanding capacity, it might still not be enough,” said Sony semiconductor chief Terushi Shimizu in an interview with Bloomberg. “We are having to apologize to customers because we just can’t make enough.”

Despite Sony's dominance of the market, it's facing increasing pressure from companies like Samsung in this market. Samsung announced a new 108MP image sensor earlier this year that it developed in conjunction with Xiaomi. That bountiful sensor is expected to show up in next year's flagship Galaxy S11 flagship smartphone family.