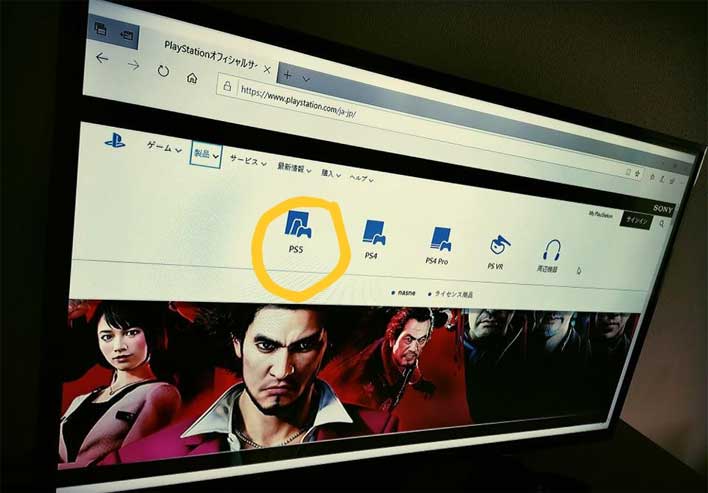 Gamers all around the world want details on Sony's forthcoming PlayStation 5 console as the next-gen gaming hardware is set to launch this holiday season. A PlayStation fan was perusing the Japanese PlayStation site and noticed a new icon atop the page to the left of the PS4, PS4 Pro, PS VR, and headphone icons. The new icon apparently is intended to represent the PS5 and is seen in the image above, circled in yellow by the person who discovered it. The icon was later removed from the Japanese website.

What's interesting about this icon is that it appears to show the "V" cut out in the top, just as we have seen in leaked images of the dev kit console version of the PS5. That would seem to indicate that the prototype dev kit hardware is also the final hardware design for the PS5. It's not uncommon at all for a game console that is used by devs to look completely different from the hardware that ships to consumers, but that may not be the case with the Sony's PS5. 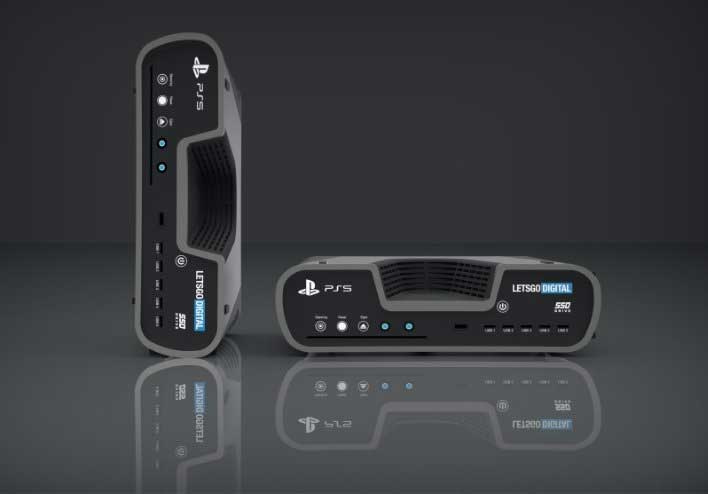 The PlayStation 5 dev hardware is an interesting design that has a lot of cooling ventilation grates in the center of a distinctive "V" cutout to dissipate heat. This design could work well for gamers who typically cram their consoles into the tight confines of an entertainment center where airflow is often an issue. Previous reports have indicated that Sony actually spent additional resources on the cooling system for the PS5, which could point to the reason for its spaceship like design with this extra venting.

The indication was that the higher end cooling system was needed due to the design of the console and its underlying processing platform. In the past, leaks have claimed that the V-shaped design was to allow devs to stack the consoles and still have them cool appropriately. The design that has leaked, and is seemingly confirmed by the image above, was originally posted on Reddit. In addition, the new console is the 5th generation PlayStation, and with V being the Roman numeral for "5," you could speculate on a tie-in there as well for its V-shaped ventilation design.