Did Sony's PlayStation 5 Just Become A Bad Candidate For Gaming On A PC Monitor? 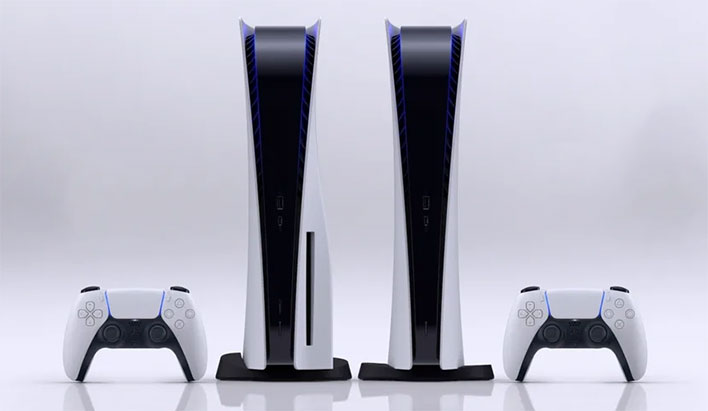 Look, we all make bad decisions from time to time, like slathering ketchup on scrambled eggs or ordering a pizza with ham and pineapple. And maybe you think those specific examples are controversial. Fine (you're wrong, but fine). What some people may not find to be fine, however, is if Sony ends up shunning native 1440p support for its upcoming PlayStation 5 console.
At this point, we are exactly one week away from the retail launch of the PS5, both the regular model for $499, and the Digital Edition (read:disc-less) for $399. And it is already in the hands of reviewers and, as much as I hate to use the term, social media 'influencers'. While the rest of us wait, and interesting report has emerged.
The folks at IGN Italy say Sony confirmed directly to its editorial team that the PS5 will not support a 1440p resolution (via Google translation). Sony has not made a public statement (yet) that we are aware of, but the site is pitching the revelation as confirmation straight from the horse's mouth.
For some, this will be no big deal. After all, the PS5 will play games at 1080p and 4K, so who cares about 1440p, right? Well, while not everyone does, but the lack of native 1440p support would be a bummer for gamers who want to connect the PS5 to a 1440p monitor with a fast refresh rate. It fills a desirable gap between 1080p and 4K.
This is something Microsoft recognizes, hence why the cheaper Xbox Series S is "designed to play games at 1440p at 60 frames per second." And that is a smart move—we are seeing more and more monitors taking aim at 1440p, as it offers better image quality than 1080p, while being far less demanding on the hardware than 4K.
That said, since we are talking about native 1440p support here, there is no indication that the PS5 will not work at all, at 1440p. But assuming it upscales 1080p to 1440p, the image quality will not be same, compared to native support. Super sampling will help, but native rendering is still preferred, for the best image quality at any given resolution.

The good news is, this does not really affect anything for gamers who plan to play on their TV sets anyway. But finding out this close to the retail launch that native 1440p is a no-go is, for some people, a bit of a let down. Not a deal killer (I don't think), but disappointing all the same.