Let's recap: it's 2022, and the vast majority of displays in the world refresh at 60Hz or some multiple thereof. Aside from some fancy gaming monitors—which usually have the option to refresh at 120Hz as well as their native 144Hz - 200Hz, or whatever—basically everyone has settled on the 60Hz standard for now. It seems Sony may have missed that memo.


The thing is, it wasn't always that way. For quite some time, broadcast networks and displays in various countries around the world (in fact, most of the world besides Japan and most of the Americas) used the PAL standard. PAL scans at 50 Hz, not 60 Hz, and that was a headache for early video game developers and publishers. 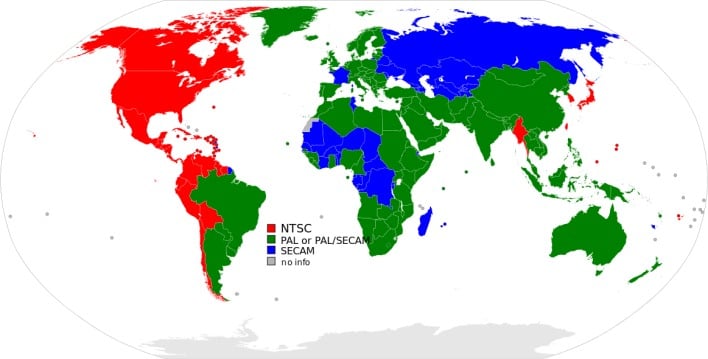 
We could write a whole litany of articles about the historical problems of poor PAL conversions (and the rare NTSC release that suffered from the difference, too), but many others have already done so. Moreover, we're unfortunately still pained by the specters of display standards long past.


See, Sony just launched its revised and refreshed PlayStation Plus service, and one of the things you get for your $120 USD/year subscription is access to original PlayStation and PS2 games via emulation. Many folks have been checking out the emulator and found it to be pretty decent, with good accuracy and a nice selection of options for polishing up these ancient relics.
Video from Andshrew showing the bad performance of Ape Escape on PS5.


Unfortunately, while the emulator itself is good, Sony's selection of ROMs to use it with is not. It's not about the game titles Sony chose, but rather the version. In particular, all of the first-party games—including Ape Escape, Hot Shots Golf, Jumping Flash, and more—seem to be using the PAL version of the game. Some third-party titles are affected too, like Wild Arms and Worms Armageddon. That's not the end of the world, exactly; after all, they're the same games, and PAL versions often had enhanced language support, too.


However, PAL games ran at 50 Hz, instead of 60 Hz. Since most PlayStation games actually ran at half-refresh (or less), this means 25 FPS instead of 30 FPS. You might think, "bah, who cares, it's just 5 FPS," but 25 FPS does not divide evenly into 60Hz. In other words, on most displays, players are going to suffer massive frame delivery quantization artifacts, commonly known as "judder".
The end results are that the affected games feel stuttery and clumsy to play, as the lower framerate also introduces additional input latency. It's a bad situation all the way around, but incredibly, this isn't the first time Sony has run afoul of this exact issue. Back when the miniature-sized PlayStation Classic came out, several games on that system also suffered from serious judder due to being the PAL versions.

Unfortunately, while it was possible to hack the games on that system into running at 60 Hz, there's no such work-around for the affected games on the PS4 and PS5. Hopefully Sony sees fans grumbling about the problem and ships a fix, because flaws like this make the already-thin value proposition of its PlayStation Plus Premium service seem even worse.