Sony Confirms Its DualShock 4 Controller Will Work With PlayStation 5, But There’s A Big Catch

If you had been wondering if your DualShock 4 controller will work on the upcoming PlayStation 5 console that is due out later this year, Sony is offering clarification. The short answer is yes, it will work. Well, sort of. The slightly longer answer is it will work, but only when playing PlayStation 4 games, and not PS5 titles.
That is a pretty big caveat, and will undoubtedly disappoint PS4 owners who might have hoped they could save a bit of coin on extra controllers by handing an existing DualShock 4 to friends and siblings when playing on the same console. That will work for PS4 games, but if you're hoping to assert your dominance in, say, the PS5 version of NBA 2K21 over your little brother, you're going to have to shell out for an extra DualSense gamepad.
Why the restriction? It sounds like an arbitrary decision, rather than a technical limitation, though from Sony's vantage point the two are intertwined. Sony addressed the situation in an FAQ, in response to a question asking if the DualShock 4 will work with PS5 games.

"No, we believe that PS5 games should take advantage of the new capabilities and features we're bringing to the platform, including the DualSense wireless controller," Sony explains. 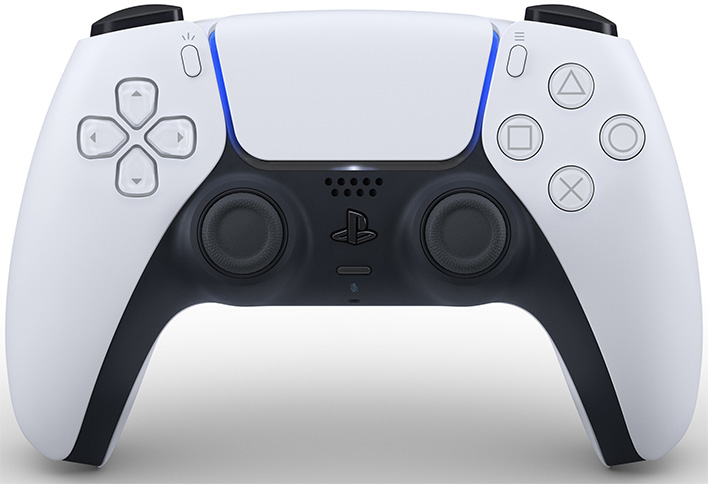 Sony's aim with the DualSense controller is to "deliver a new feeling of immersion," in part through the introduction of haptic feedback. The DualSense also features adaptive triggers in the L2 and R2 buttons "so you can truly feel the tension of your actions, like when drawing a bow to shoot an arrow." Those features are absent on the DualShock 4.

On paper, the DualSense is a better and more capable controller than the DualShock 4. What we don't know yet is how much it will cost. However, the MSRP on the DualShock 4 is $59.99 (or $64.99 for various color options), which is about the cost of a triple-A game (base version). We imagine the DualSense will go for equally as much, if not a little more, but we'll have to wait and see.
As for specialty peripherals designed for the PS4, such as officially licensed racing wheels, arcade sticks, and flight sticks, those will all work with PS5 games and supported PS4 titles. In addition, Sony says its Platinum and Gold wireless headsets, as well as third-party headsets that connect via USB or by way of a 3.5mm audio jack, will also work on the PS5, minus the headset companion app.
Finally, Sony also confirmed that the PS Move Motion controllers and the PlayStation VR Aim Controller will with with supported VR games on PS5.
"Please note, not all PlayStation officially licensed or third-party peripherals/accessories may work on PS5. We recommend checking with the manufacturer to confirm whether a product will work on PS5 and specific titles," Sony says.
So there you have it, as far as forward compatibility goes on existing gear. As for the PS5, it is still on track to launch in "holiday 2020," so figure on sometime in November or December.