Just as it had done last year, Epic Games is gifting players a free game each day for the second half of December, in celebration of the holiday season. It's also discounting a whole bunch of titles for its Holiday Sale 2021 event, with savings of up to 75 percent off. And on top of all that, it's spreading holiday cheer with a $10 off coupon that you can apply to eligible games priced $14.99 or above.
That's quite the holiday bonanza. During last year's holiday giveaway, Epic gave away several notable titles, including Cities: Skylines, Metro 2033, Alien Isolation, Tropica 5, Oddworld: New 'n' Tasty, Torchlight 2, Jurassic World Evolution, and others. As for this year's giveaway event, we don't have a full list to share, but we know which one is first.

Shenmue III is free to claim right now. You have until 11am ET tomorrow (December 17) to add Shenmue III to your Epic Games Store catalog, at which point another game will unlock. Usually Epic gives away a "mystery game" once per week, so now is your chance to add a couple months worth of free titles in a two-week span.
"Play as Ryo Hazuki, an 18-year-old Japanese martial artist hellbent on avenging his father’s death. In this third installment of the epic Shenmue series, Ryo seeks to solve the mystery behind the Phoenix Mirror, an artifact sought after by his father’s killer. His journey takes him to an immersive representation of rural China, brimming with activity and surrounded by beautiful landscapes," Shenmue III's description reads.

While we had little trouble claiming a couple for ourselves, Epic said on Twitter that its Games Store is "experiencing high traffic" and acknowledged that some people are running into slow load times and errors during checkout. If that describes you, keep trying—Epic is investigating the slowdowns and is "working to scale." 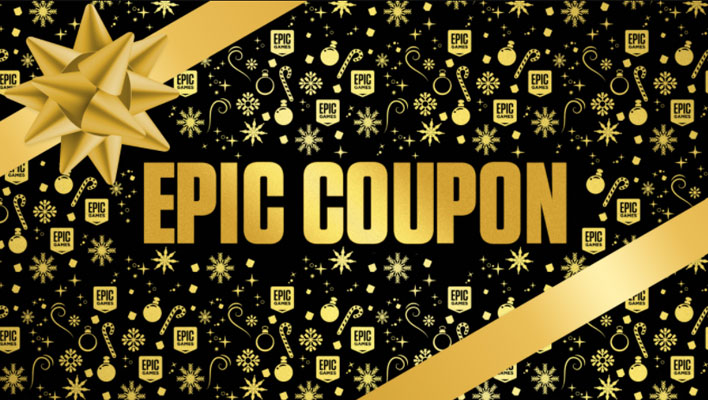 There are lots of games on sale at the Epic Games Store. And to sweeten the deals, Epic is automatically applying a $10 off coupon to all active Epic Games accounts—just sign in and start shopping, and the coupon will be applied at checkout (on eligible games priced $14.99 or higher). Here are some highlights from the sale...
You'll find a lot more games on sale too, just hit up the Holiday Sale page.