A lunar orbiter meant to take pictures of the moon's surface turned its cameras on to Saturn and its rings recently. NASA's Reconnaissance Orbiter captured an image of Saturn as it looked down at the north face of the rings.

NASA's Lunar Reconnaissance Orbiter (LRO) began its mission of capturing images of the moon back on June 18, 2009. Since sending back its first images of the moon on June 23, 2009, it has been collecting images in order to map out the lunar surface. One of its most notable images that was captured on July 11th and 15th of 2009 was that of the Apollo 11 landing site, bringing to mind NASA's Artemis missions that will place human boots back on the moon in the coming decade.

It seems NASA found another use for the orbiter's cameras. On October 13, 2021 it turned its focus from the surface of the moon and captured an image of Saturn and its rings. The orbiter was about 90 kilometers (56 miles) above Lacus Veris, "Lake of Spring." when the camera aboard LRO captured the image of Saturn as it looked down at the north face of the rings. From this perspective the rings in front of Saturn appear to be below its equator. 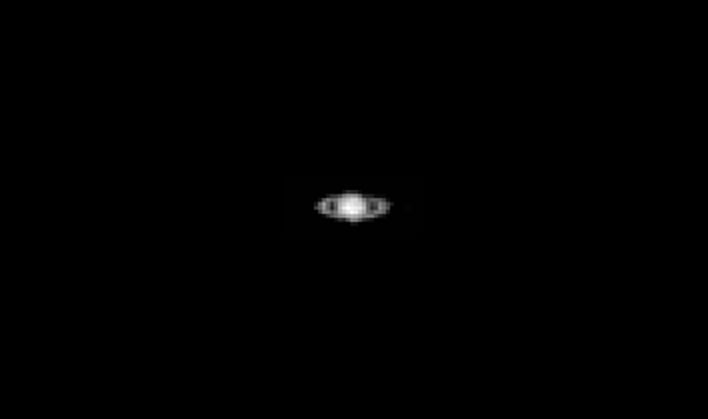 The cameras used by the orbiter, the LROC Narrow Angle Cameras, are line scan cameras. Because of this, capturing good images of anything else in space other than the moon can prove difficult. The cameras were designed specifically to take advantage of the motion of the spacecraft above the lunar surface and to build up an image one line at a time, with very short exposure times. Still, LRO was able to capture the image of Saturn by slewing to it at a specific rate across the planet. As stated by NASA, "This rate is programed to optimize LRO stability and speed and resulted in a NAC exposure time of 3.83 milliseconds."

Another image the orbiter captured was of Earth on June 12, 2010. At the time the image was taken LRO was approximately 372,335 kilometers from Earth. As skies over the Middle East were clear that day, it provided for a clear image of the Arabian Peninsula and the mountains of Iran and Pakistan. One bright region in the image is that of the polar ice cap over the Arctic Ocean. The image was captured as part of a calibration exercise. 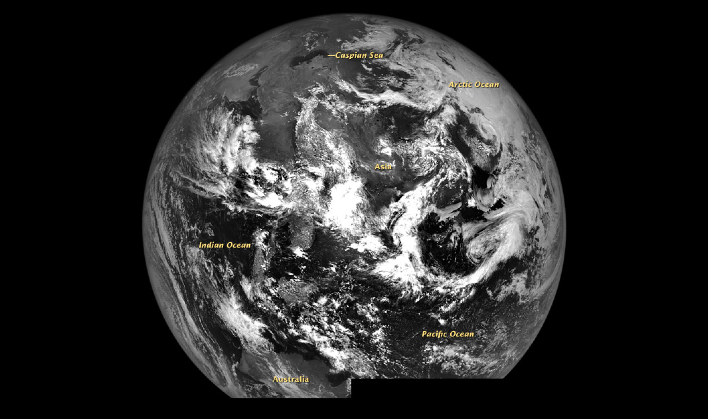 LRO has undoubtedly collected a treasure trove of data for the upcoming Artemis missions that will eventually place humans back onto the surface of the moon. It will be interesting to see if scientists, researchers and astronomers can find even more space targets for it to aim its unique and powerful cameras at in the future.