It didn't take long for social media sleuths to crack Samsung's cryptic code on Twitter earlier today, which when deciphered revealed the date for its Galaxy Unpacked 2022 event. Lest anyone need it stated without a decoder key, though, Samsung has just officially announced the date and time—it takes place on August 10, 2022 starting at 9:00am ET (6:00am PT).
So there you have it, and while on the topic of decoding, be sure to drink your Ovaltine (fist-bump if the reference didn't go over your head). That's not the only sweet treat on tap, though. Samsung also revealed a bunch of bonus offers for anyone ends up reserving one of the "next Galaxy devices," whatever those might be (more on that in a minute).
There are seven deals in all. Here they are...
Samsung further points out that there are no commitments tied to these offers initially, because they're based on making reservations rather than plunking down cash on a preorder. What that means is you just have to provide your name and email address to reserve a particular device.
Of course, you do actually have to preorder eventually, in order to redeem the credit(s). Once you preorder, you'll be able to redeem whatever credit(s) you qualified for. This is essentially the same approach Samsung has taken in the past.

What To Expect At Samsung's Galaxy Unpacked 2022 Event 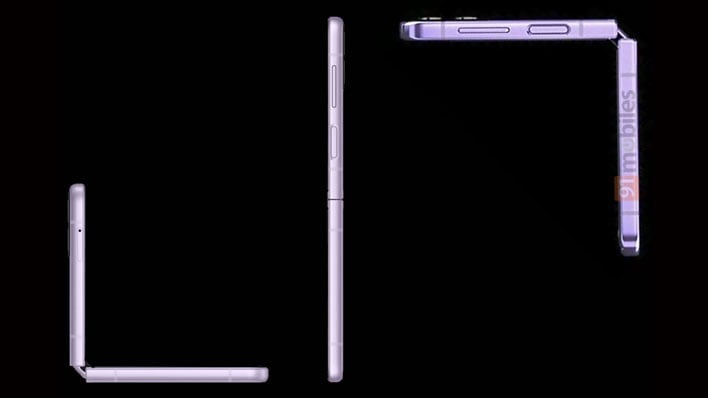 If the barrage of leaks are any indication (and they usually are when it comes to these events), Samsung will unveil its next-generation of foldable phones, the Galaxy Z Flip4 and Galaxy Z Fold4. Samsung isn't really keeping it much of a secret, as evidenced by its Unpacked banner. It appears to show the right side of the Galaxy Z Flip4.
It looks almost identical to a set of leaked Galaxy Z Flip4 renders that purportedly depict the same phone in more orientations, all of which focus on the side (as opposed to the screen or backside).
Both the Flip4 and Fold4 are rumored to sport a Qualcomm Snapdragon 8+ Gen 1 SoC. The Flip4 is further rumored to rock a 6.7-inch foldable screen with a 2.1-inch cover display, dual 12MP cameras on the back, and a 3,700 mAh battery with 25W fast charging. As for the Fold4, it's said to have a 7.6-inch foldable display with a 120Hz refresh rate, a 6.2-inch HD+ screen, and a triple rear camera array with a 50MP sensor serving as the main shooter.