Solid state drives are the best way to breathe new life into an older PC or add extra storage to a new build to store games and data that needs to be read frequently. NVMe drives typically top out at 2 TB and most motherboards only have one or two slots. When absolute throughput may not be as important as quick random reads, the SATA III 6 Gbps interface isn't a problem. That's why Samsung, among many, keeps churning out new SSD families in the ubiquitous format, like the excellent 870 QVO. The next models may be right around the corner, as some shops listed the drives a tad early.

The difference between Samsung's different SSD families has been the type of multi-layered VNAND onboard, each with different endurance and write performance characteristics. Pro drives like the 980 Pro typically use two bits per cell (MLC) flash and the QVO drives employ cells that can store four bits each (QLC). In the middle is the EVO series, which can store three bits per cell (TLC). MLC lasts the longest and has the best write performance but cost more, where QLC cells have to store more data and therefore wear out more quickly and take the longest to write but usually have a lower price tag. Samsung's EVO drives strike a middle ground with good performance and solid longevity. 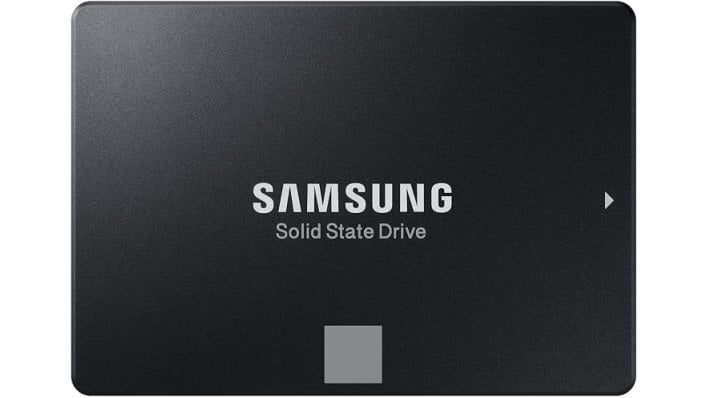 Samsung's rumored 870 EVO, therefore, will probably use TLC flash. The performance penalties compared to MLC are next to non-existent if there's enough storage in parallel. The last several iterations of Samsung 800-series 2.5" SSDs come in several capacities ranging between 250 GB and 4 TB. According to the German-speaking folks at WinFuture, that won't change for the next drives in the lineup. The fastest drives in the lineup should touch 560 MB per second for reads and 530 MB/sec on writes. That's in line with the last couple iterations thanks to the 6 Gbps limit of SATA III.

Due to the MLC writes, WinFuture says the 870 EVO 4 TB model should have a write endurance of 2,400 TB, the same as the 860 EVO and quite a bit better than the 4 TB version of the 870 QVO and its 1,440 TBW endurance rating. We also expect that unlike the 870 QVO, the new drive should also carry the same five-year warranty as the 860 EVO. These drives should be 7 millimeters in height, like other 2.5" Samsung SSDs. Pricing is expected to be in the 70 to 450 Euro range depending on capacity, which isn't all that different than the 860 EVO drives available now.