Are foldable and rollable displays the future of smartphones of tablets? The verdict is still out, but credit Samsung and its display division for continually innovating. To that end, it seems as though Samsung is close to porting its concept rollable display tech into a shipping product, that being the Galaxy Z Roll, which it recently registered in Europe. Well, sort of.
We're talking about a trademark registration. Samsung filed an application this week with the European Union Intellectual Property Office (EUIPO) for the trademark "Z Roll." It does not actually say "Galaxy" in the description, but that is almost a given, when looking at Samsung's existing product lineup (like the Galaxy Z Fold and Z Flip). 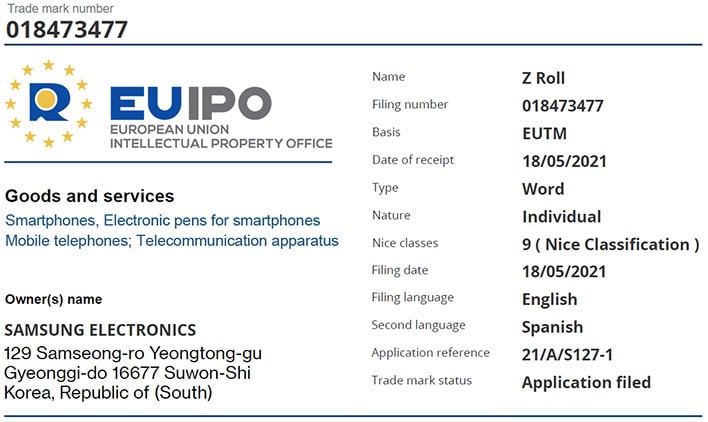 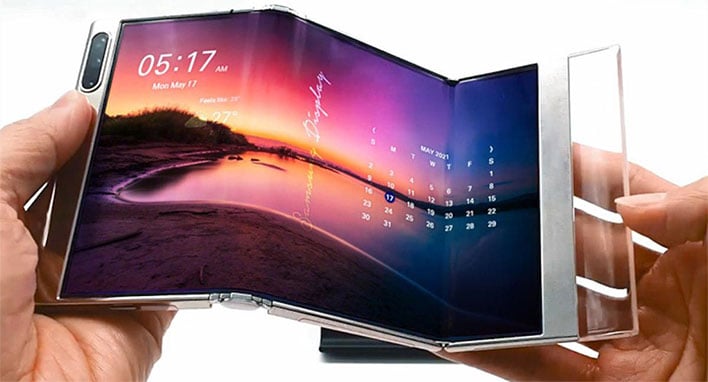 The trademark application comes on the heels of Samsung showcasing various bendable, foldable, and rollable display concepts as part of its Display Week 2021 expo, like the S-Foldable as shown above. The S-Foldable is a bi-folding OLED display that, according to Samsung, can fold inside and out. When fully folded, it can serve as a traditional smartphone. And when unfolded, the screen spans 7.2 inches, essentially turning it into a mini-tablet.
Where does the term "Z Roll" fit into all this? The trademark application does not make that super clear, or provide any real details, outside of the name itself and that it is almost definitely a smartphone. However, those might be the only details we need—it strongly suggests a rollable Galaxy handset, as opposed to one that simply folds in half.
In that vein, it could be more of an expandable or sliding smartphone, perhaps similar to the unfortunately cancelled LG Rollable, which sported a display that was mechanically rolled into and out of the device. That handset will never see the light of day, as LG has exited the smartphone business. However, it appears a Galaxy Z Roll from Samsung is bound for a debut at some point in the near future.