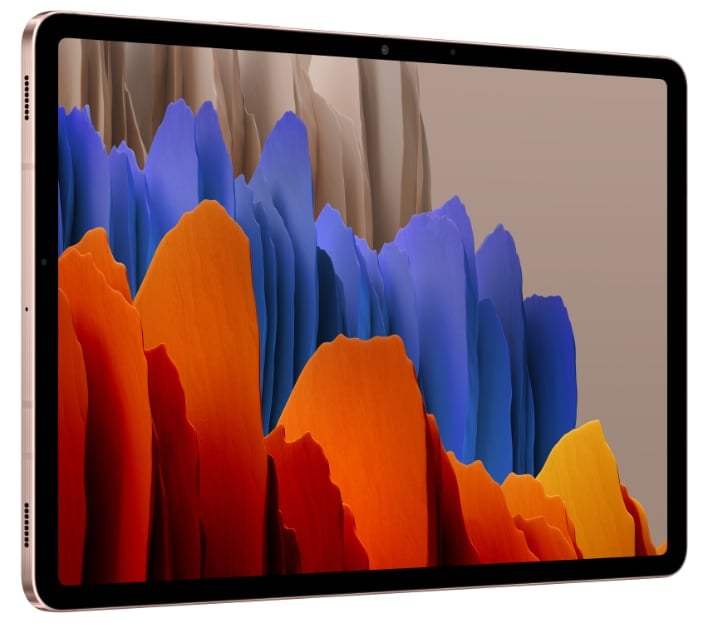 Back in early August at Galaxy Unpacked, Samsung unveiled two fresh new Android tablets: the Galaxy Tab S7 and the Galaxy Tab S7+. We’ve managed to get our hands on the latter of those two, which is a fantastic piece of hardware, and probably the best Android tablet has come across our workbench over the years.

As you can see in our hands-on video below, the Galaxy Tab S7 is a premium device and is dominated by a large, gorgeous 12.4-inch OLED display with a resolution of 2800x1752 (WQXGA+) and a fast 120Hz refresh rate. Powering the tablet is Qualcomm’s latest flagship SoC: the Qualcomm Snapdragon 865+. The inclusion of the Snapdragon 865+ also means that that Galaxy Tab S7 includes optional support for the Snapdragon X55 modem, giving you 5G wireless access if your service provider supports those next-generation speeds in your area.

The configuration that we’re testing has 6GB of RAM, 128GB of storage, and a microSD slot (up to 1TB supported) for added expansion if 128GB isn’t enough for you. There are more capacious options, however, as you can opt for either an 8GB + 256GB or 8GB + 512GB configuration for RAM/storage.

Samsung isn’t allowing us to provide any benchmarks just yet for the Galaxy Tab S7+, so you’ll have to wait on that front. But given the fact that we’re talking about a Snapdragon 865+ here, let’s just say that it is fast.

The Galaxy Tab S7+ is priced from $879 and is available in Mystic Black, Mystic Silver and Mystic Bronze.