Samsung's latest flagship phone and tablet, the Galaxy S22 series and Galaxy Tab S8 series, released to retail today after a successful round of preorders, which is putting it lightly. Success in this instance amounts to these new devices racking up more preorder sales within the first week than any previous Galaxy smartphone and tablet to date.
It's not clear to what extent the Galaxy S22 and Galaxy Tab S8 set preorder records, as Samsung doesn't share specific figures. However, early sales of the Galaxy S22 series more than doubled those of the previous generation Galaxy S21 series. That's an incredible uptick, and we have a theory on it accomplished the feat.
What it probably boils down to is Samsung putting its Galaxy Note series out to pasture, but in name only. In form and function, the Galaxy S22 Ultra is essentially a new Note model. It's bigger than the Galaxy S22+ and Galaxy S22, it's the only one of the three to come with a built-in stylus, and it's even shaped differently, taking on the general aesthetic of past Note models. 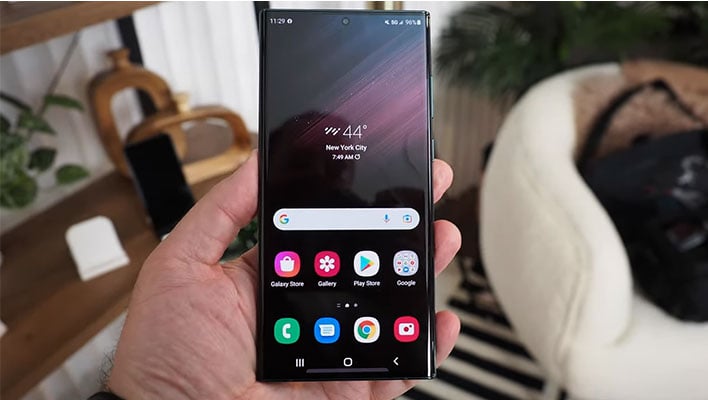 As they say, if it looks like a duck and quacks like a duck, well, it's a duck. In this case, the Galaxy S22 Ultra looks like a Note and acts like a Note, it's just called something different. Which isn't a bad thing by any stretch, though it does provide some hidden context to the numbers.
We have no doubt the Galaxy S22 series is selling great, and deservedly so—it's an awesome followup to the Galaxy S21. But it's also driven by rabid demand for a new Note. Evidence of this can be found in another stat Samsung share—Galaxy S22 Ultra preorders accounted for more than 60 percent of the overall tally.
Simply put, the Galaxy Note is no longer a separate product line, and sales that would have went in that direction are going to the Galaxy S22 Ultra instead. This in turn helped the Galaxy S22 series rack up record preorder numbers. It also shows that Samsung was wise not to give up the Note in form and function, and continue to offer such a product.