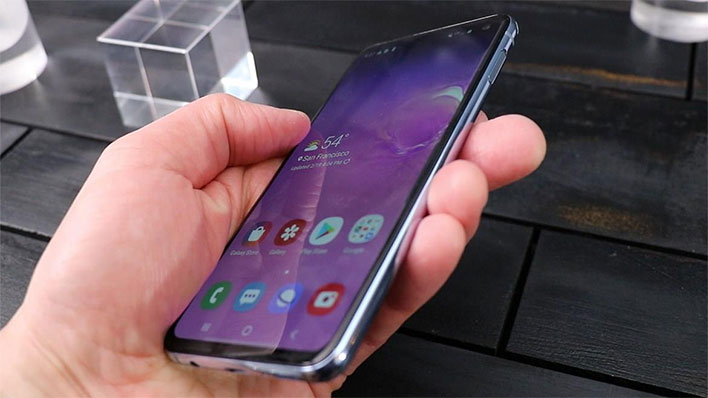 Good news, Galaxy S10 owners, the wait for Android 10 is finally over! While the latest version of Google's mobile operating system was previously made available to certain Galaxy phone owners in beta, Samsung has begun pushing out finalized code. Depending on where you live, it may be ready now or it may take a few days.
The Android 10 beta with Samsung's One UI first debuted on Galaxy S10+, Galaxy S10, and Galaxy S10e devices in beta back in October. Samsung had also been testing the updated OS and custom UI on Galaxy Note 10 handsets. Then earlier this month, it began rolling out to Galaxy S9 and Galaxy Note 9 devices, also in beta form. 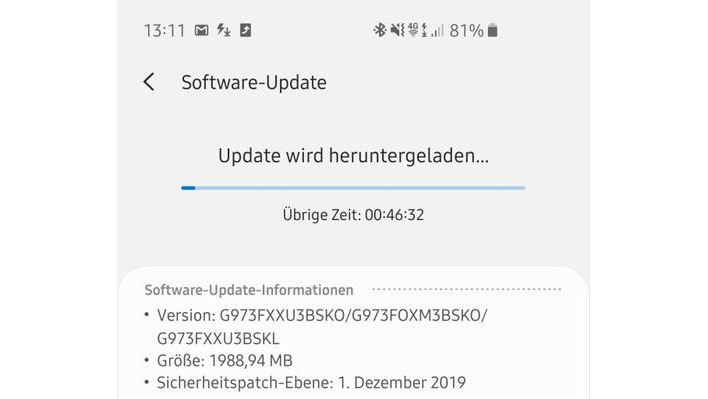 According to SamMobile, Galaxy S10+, Galaxy S10, and Galaxy S10e owners in Germany have now started to receive the stable release of Android 10 and One UI 2.0, as an over-the-air (OTA) update. The firmware version is G97*FXXU3BSKO. It's going to roll out to other territories as well, though the precise timing will vary. It looks to be just under 2GB.

For Galaxy phone owners living in the UK, there's a handy thread at Reddit that lists the release schedule for various phones. For example, Android 10 with One UI 2.0 will roll out in January 2020 to the Galaxy S10 series, Galaxy Note 10 series, Galaxy S9 series, and Galaxy Note 9. Then in March, it will roll out to Galaxy A80 owners, followed by other handsets in the months to follow.
Android 10 brings some nifty upgrades, such as a system-wide dark mode, digital wellbeing tools, more convenient notifications, and better privacy and security.