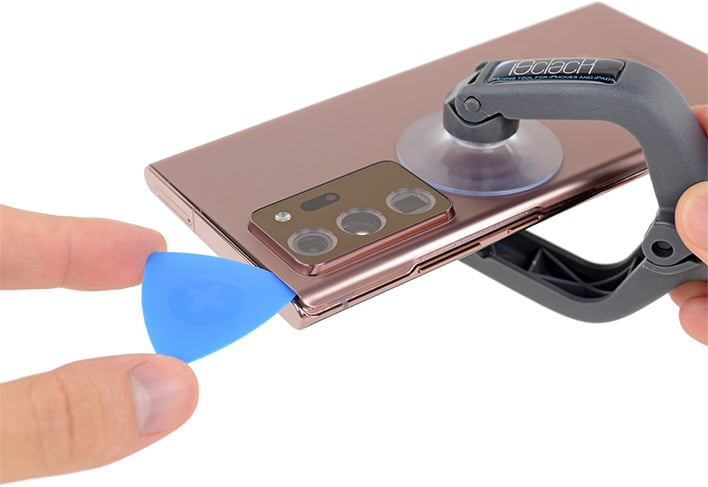 Last week we posted our review of the Galaxy Note 20 Ultra 5G, a premium handset that delivers excellent all-around performance and has a gorgeous display. But one thing we did not do is disassemble the phone. We leave that kind of thing to the teardown experts, and the folks at iFixIt have answered the call with a teardown of both the Galaxy Note 20 and Galaxy Note 20 Ultra 5G, with an interesting discovery with regards to cooling. More on that in a moment.
As is often the case these days, the Galaxy Note 20 follows the script for using ample adhesive to keep the chassis in place. Or as the teardown gurus put it, the adhesive for this generation "remains annoying tough," though at least the plastic on back cover means the "stakes are a little lower" this time around (it feels less like to crack or shatter).
After some heating and careful prying, the Galaxy Note 20 opens up to reveal its guts. There are some "extremely tight midframe screws" that need to be removed if diving deeper into these phones, and hopefully you will never have cause to do that. 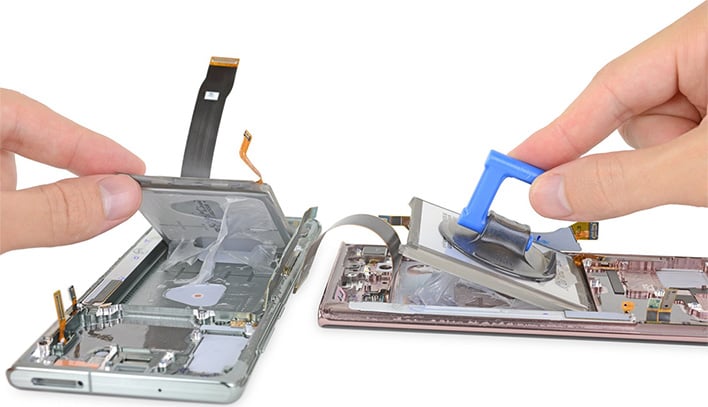 One of the main reasons to perform surgery on a smartphone is to gain access to the battery—unfortunately, battery packs do not last forever, and their capacities degrade over time. Here as well, users will encounter more adhesive, as the batteries in the Galaxy Note 20 and Galaxy Note 20 Ultra 5G are glued down. It is what it is, at this point.
More curious than Samsung's stubborn reliance on glue to hold the batteries in place is the cooling scheme. They're different on both phones. When tearing these phones down, the silicon surgeons expected to find vapor chamber cooling, as has been the case in the past, but instead they found graphite. And a "whole lot of it," at that. But that's not all that is weird. 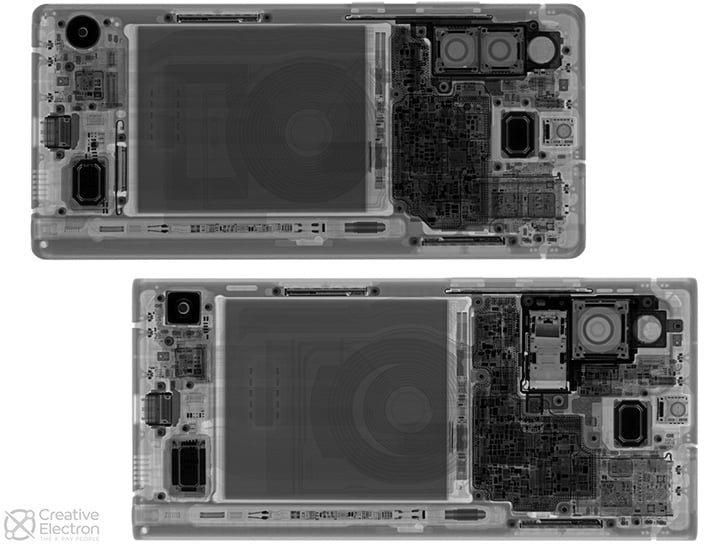 "Stranger still, we’ve already seen a couple other teardowns of these phones pop up on YouTube, one of which had … a copper vapor chamber. So what gives? Is Samsung A/B testing a revised cooling system? Short of a teardown, how can you ever know which version you got? Both are tried-and-tested solutions, but we’ve never seen both deployed in the same model seemingly at random," iFixIt notes.
We did not run into any cooling issues ourselves, so the use of different schemes by Samsung is more interesting than concerning. 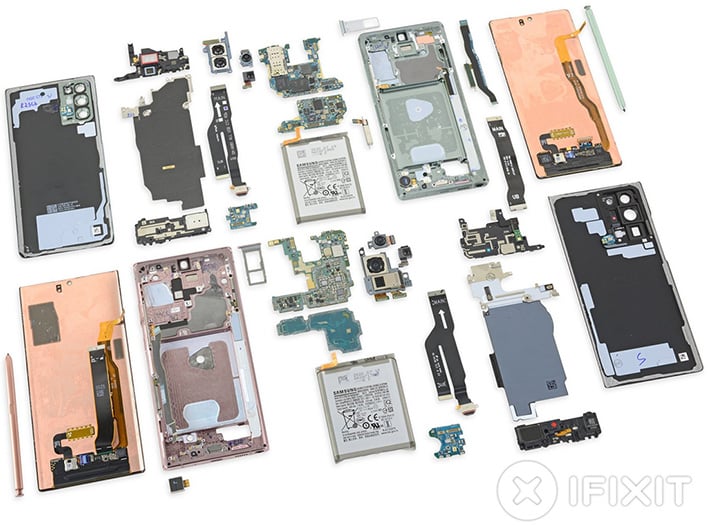 At the completion of the dual-teardown, both phones earned themselves a 3/10 Repairability Score. On the plus side, only one screwdriver is needed (a standard Phillips), and many of the components are modular, including the charging port.
However, battery replacement remains a difficult affair. In addition, screen repairs are "unnecessarily expensive" and "tedious," and getting inside theses phones in the first place means battling plenty of adhesive.