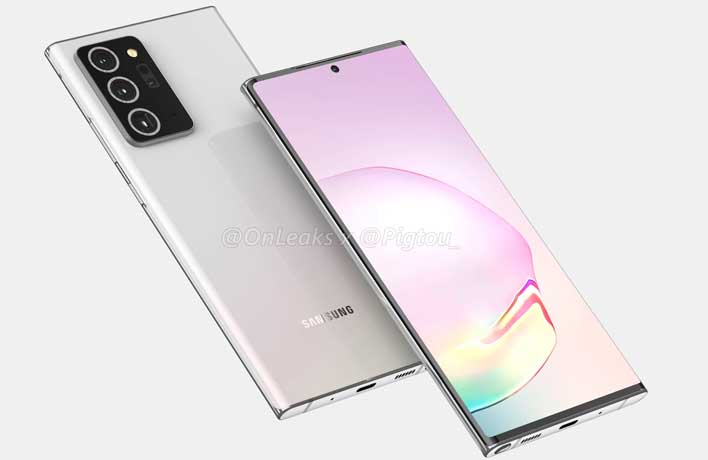 Rumors continue to insist that the next big smartphone debut from Samsung will be the Galaxy Note 20 and Note 20 Plus. Some new renders have leaked that claim to show what the larger smartphone will look like. It has an attractive design that's almost all screen on the front with thin bezels. The Galaxy Note 20 Plus is expected to be about the same size as the Note 10 Plus.

A 6.9-inch curved edge display is expected, which will be quite different than the flat screen expected for the Note 20. Dimensions are 165mm long, 77.2mm wide, and 7.6mm thick. The S-Pen for the Plus model has been moved to the left side on the bottom near the speaker grill, USB Type-C port, and a noise cancellation microphone. On the right-hand side of the Note 20 Plus is the lock button and volume rocker. 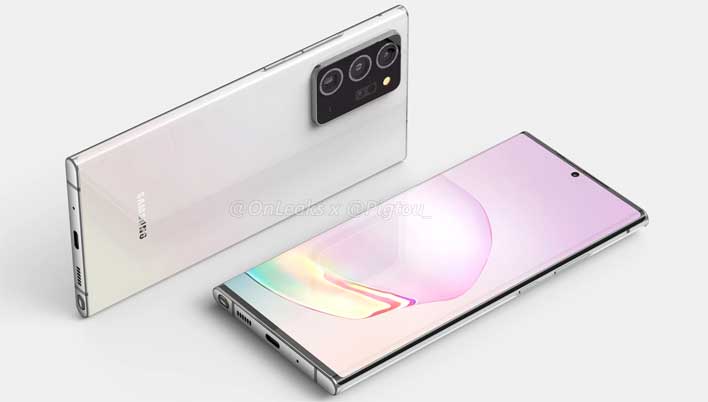 The front camera is a hole punch type leaving anyone hoping for an under-display camera disappointed. Renders do show the rear camera array with two standard camera lenses, a periscope lens, and a depth sensor. The camera module does show a slightly raised area on the back of the phone, which is a common design element to keep the device as thin as possible everywhere else. Reports indicate that the thickness of the phone in the camera area is 10.7 mm.

Some have suggested the Plus will feature better hardware specifications and a better camera than the Note 20. A leak earlier this month suggested both devices would have the same Snapdragon 865 SoC and 12GB of RAM. That leak also had images of what was claimed to be a "rough design preview" that looks similar to the new renders. 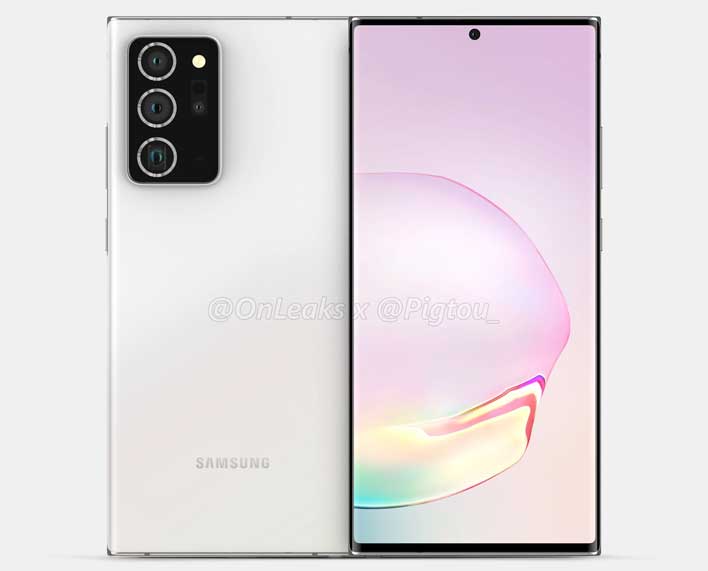 The launch date is currently expected to be sometime in August 2020. With the coronavirus pandemic still impacting production around the world, there could be a delay, but rumors suggest that it is unlikely. Like many other smartphone makers and technology companies, the coronavirus has handed Samsung a beating, and the company needs a solid launch and a strong-selling product.