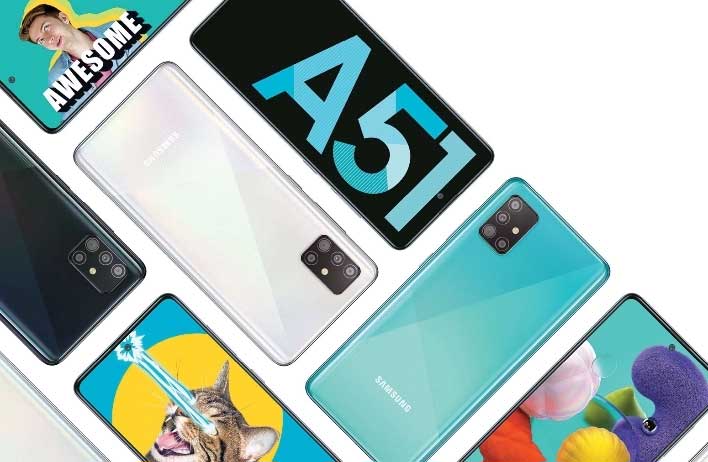 A new Samsung smartphone has turned up that appears to be an updated version of the mid-range Samsung Galaxy A51. The phone has been spotted in Geekbench testing results and carries the model number SM-A516V and is expected to be called the Galaxy A51s 5G UW (as a Verizon exclusive). The same device has been spotted at the Wi-Fi Alliance and the NFC Forum.

We particularly like it when smartphones turn up on Geekbench because we also find out what sort of hardware is under the hood. In the case of the SM-516V, the benchmark shows that the device uses a Qualcomm Snapdragon 765G chipset and has 6 GB of RAM. On the single-core test, the phone scored 624, and on the multi-core test, it scored 1924. 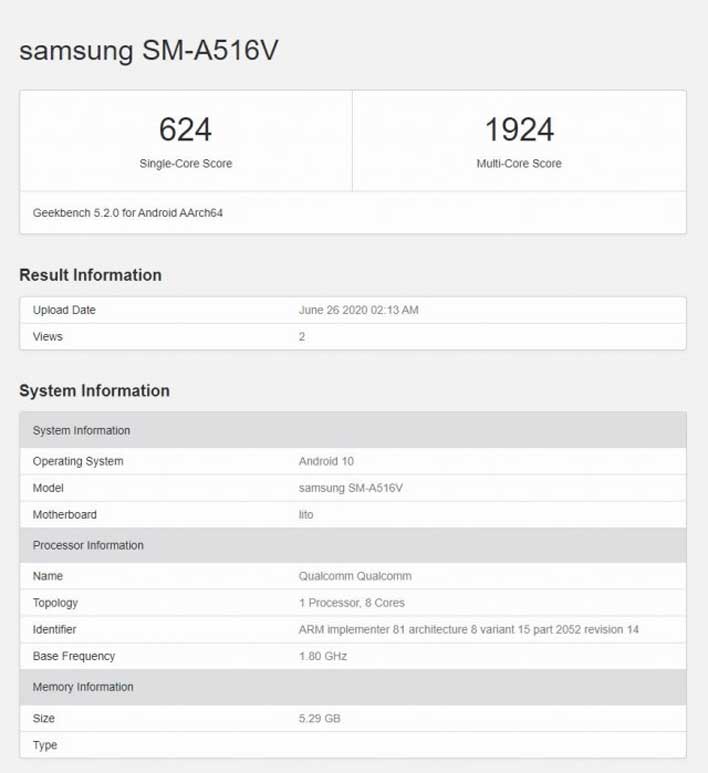 The smartphone was running Android 10 when it ran through the benchmark application. At the Wi-Fi Alliance, the listing for the device showed that it would use dual-band Wi-Fi connectivity. The NFC Forum confirmed that the device had NFC connectivity. While there are no images of the smartphone to see, the assumption is that it uses the same design as the Galaxy A51 that launched in May and the A51 5G.

The Galaxy A51s 5G UW has different hardware than the A51. The A51 uses a Samsung Exynos 9611 octa-core SoC, 4GB of RAM, and 128GB of storage. Storage is the one major spec we don't know for the A51s 5G UW smartphone, 128GB is likely for starters with 256GB or 512GB possible as options. We'd also assume the same 6.5-inch FHD+ AMOLED display and massive 4000 mAh internal battery. Another mystery is the camera array, which is likely to be the same set up used on the other devices in the family, featuring a 32MP selfie camera and a quad-camera rear array with 48MP, 12MP, 5MP, and 5MP sensors. Pricing and availability are mysteries for now.