Samsung introduced the Galaxy S20 family of smartphones in early 2020, and the Galaxy S21 series has since superseded it. However, the Galaxy S20 is back in the news this week, and it's not for a good reason. Samsung faces a new lawsuit alleging that it knowingly sold Galaxy S20 smartphones with defective glass covering the rear cameras.

According to the class-action lawsuit, Galaxy S20 smartphones are ticking time bombs with the defect. The camera module glass can shatter spontaneously even without any external force applied to the device. Interestingly enough, it's alleged that the defect can occur even if a Galaxy S20 is ensconced in a protective case. 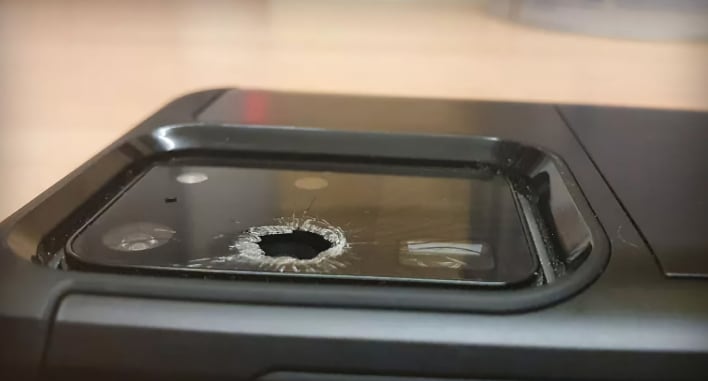 When the defect occurs, users are typically left with a bullet hole-style shatter pattern in the camera module glass, which affects the performance of the camera system. The lawsuit alleges this is unacceptable for a "professional" camera found in a device with an MSRP of up to $1,600.

"During a time of social-distancing and increased use of online access, consumers are especially in need of a reliable mobile device, yet Samsung has refused to deliver the reliability it promised its customers," said Steve Berman, managing partner of the law firm leading the class-action lawsuit, Hagens Berman.

To add insult to injury, it's alleged that Samsung is accusing owners of cracking the rear glass, as they are required to pay $400 to fix the defect since it's not covered under warranty. Customers that purchased Samsung's extra device insurance still must pay $100 out-of-pocket for the fix.

If that wasn't enough salt poured on the wounds of Galaxy S20 owners, a Samsung Care Ambassador even acknowledged that customers are not to blame. "This happened to one of our ambassadors. After many complaints about the issue, we found out that it has to do with pressure buildup underneath the glass and not customers banging it against something," wrote an ambassador on Samsung's customer support forum. Despite this acknowledgment, Samsung corporate reportedly hasn't changed its tune.

Samsung Galaxy S20 models affected by the class-action lawsuit include:

The class-action lawsuit [PDF] seeks repayment for repairs performed on affected devices, "other damages," and "compensation for affected customers regarding a loss of value."