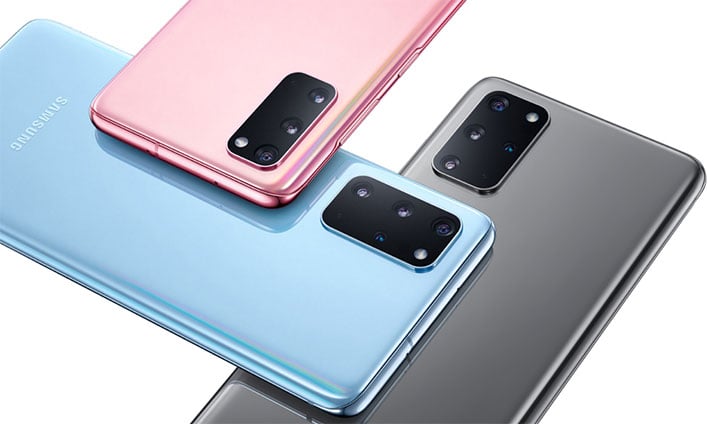 Our smartphones have become extensions of our eyeballs, able to capture detailed imagery with increasingly sophisticated built-in camera sensors. And last August, Samsung developed the first 108-megapixel sensor for smartphones, which found its way into Xiaomi's Mi CC9 Pro handset. What's next? Somewhere off in the distance, Samsung envisions releasing a 600-megapixel camera sensor.
Samsung gave a glimpse of its thought process in a blog post, in which the company stated it is working on sensors that "go beyond our senses." What does that mean? Well for one, Samsung says our eyeballs are able to match the resolution of around 500 megapixels.
"Compared to most DSLR cameras today that offer 40MP resolution and flagship smartphones with 12MP, we as an industry still have a long way to go to be able to match human perception capabilities," Samsung says.
Adding more pixels to sensors may seem like a straightforward approach, but it's not that easy. There are size constraints to work with, especially if the goal is to cram these high-pixel sensors into increasingly thin smartphones with high screen-to-body ratios.
Nevertheless, Samsung's 108MP ISOCELL Bright HM1 sensor gets us partially the way there. And at the same time, it's not just about the raw number of pixels in a camera sensor. Samsung notes that most cameras on the market right now take pictures that the human eye can perceive at wavelengths between 450 and 750 nanometers. Why develop a sensor that can operate outside of that range?
"Image sensors equipped for ultraviolet light perception can be used for diagnosing skin cancer by capturing pictures to showcase healthy cells and cancerous cells in different colors. Infrared image sensors can also be harnessed for more efficient quality control in agriculture and other industries. Somewhere in the future, we might even be able to have sensors that can see microbes not visible to the naked eye," Samsung says.
Samsung is developing sensors for that very sort of thing, as well as advancing towards a 600MP sensor. It's not clear when exactly we might see a 600MP sensor. However, Samsung did say it's not just looking at smartphones, but also camera sensors for autonomous vehicles, gadgets within the realm of the Internet of Things category, and drones.
In the meantime, it's rumored Samsung will be launching a 192MP sensor very soon, as supported by several of Qualcomm's Snapdragon chipsets.