Back at CES 2020 in Las Vegas, which seems like eons ago given the year that we've had, Samsung announced an extremely cool line of curved monitors aimed at gamers. With stylish good looks and stacked specs, both the Odyssey G9 and Odyssey G7 garnered a lot of favorable attention.

Today, Samsung has announced that the smaller Odyssey G7 gaming monitors are finally shipping globally. While not as extreme as the Odyssey G9, the Odyssey G7 is impressive in its own right, and available in two screen sizes: 27 inches and 32 inches (compared to 49 inches for the G9).

Samsung is billing the Odyssey G7 as the first gaming monitor with a 1000R curvature, and it backs that up with a sufficiently fast 240Hz refresh rate panel. In addition, the Odyssey G7 features Samsung's QLED display technology, which you can read about here. 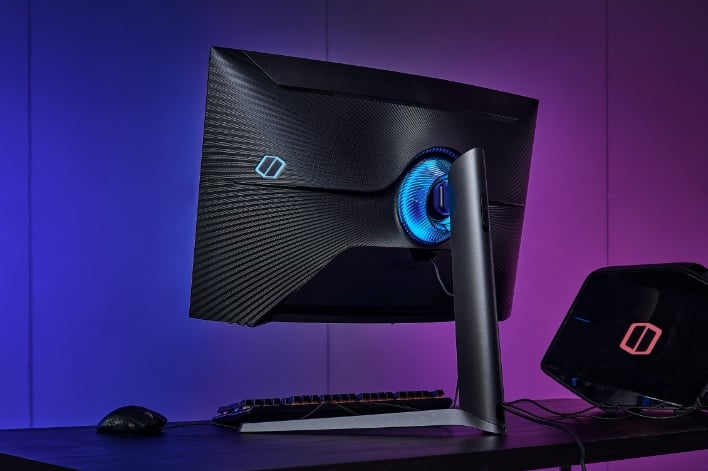 Backing up those specs is a display resolution of 2560x1440 for both 27- and 32-inch models, 600-nit peak brightness (350-nit typical), HDR 600 support, and a 1ms response time. And given that these are gaming-centric monitors, both NVIDIA G-SYNC and AMD FreeSync Premium Pro are supported.

“Samsung is maintaining its position as the global gaming monitor market leader with continued innovation in creating immersive, next-generation gaming experiences, pushing the boundaries of what is possible,” said Hyesung Ha, who serves as Senior Vice President of Samsung's Visual Display Business. “Samsung Odyssey G7 curved monitor is the ultimate combination of curvature, comfort and competitive edge, giving gamers the advanced performance they need and demand.”

Surprisingly, Samsung still hasn't announced U.S. pricing for the gaming displays, however, the 27-inch and 32-inch Odyssey G7 are priced at £550 and £630 respectively at Amazon UK.