Earlier this year, Samsung Display gave us a status update on its efforts to develop high refresh rate OLED panels for the laptop market. Up until this point, OLED panels for notebooks have been stuck at 60Hz, while LCD panels have hit 144Hz, 240Hz, and beyond.

This week, the South Korean electronics giant confirmed that its 90Hz laptop panels entered mass production for smoother on-screen action. Despite the perceived refresh rate deficit compared to a 120Hz LCD panel, Samsung Display says that the OLED panel will produce more natural-looking images, while blur length in videos is improved by 10 percent. In addition, the response time for the 90Hz panel is 10x faster than its 120Hz LCD counterparts, according to Samsung Display. 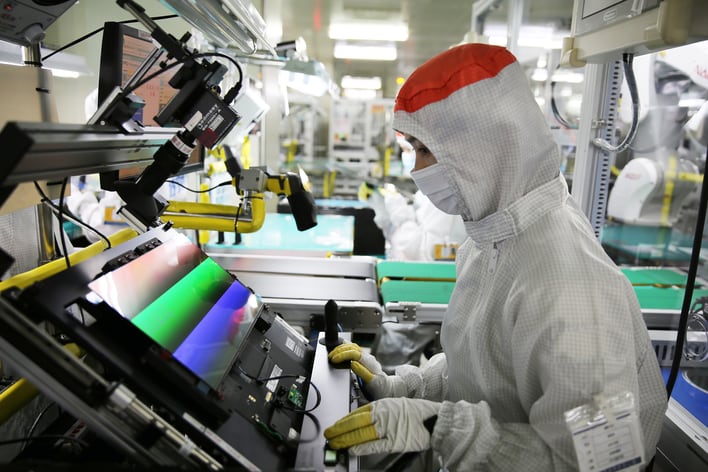 Samsung Display says that it will begin shipping the new 90Hz OLED panels to its OEM partners like ASUS, Lenovo, Dell, and Hewlett-Packard. Of course, Samsung's own laptop products will leverage this latest technology as well.

OLED panels have traditionally been used in high-end configurations for professional- and gaming-oriented laptops in recent years. However, we're hoping that Samsung's expended production will bring these displays to lower price points, eventually making them affordable enough to supplant LCD technology. After all, smartphones from the mid-range market and up have almost exclusively switched over to OLED panels. So, could a seismic shift in the laptop market be in the making?

ASUS is already moving in that direction, as it recently announced a slew of VivoBook, ExpertBook, And ZenBook laptops that exclusively use OLED panels. In addition, Samsung also revealed that future ASUS ZenBook and ZenBook Pro laptops would offer not only 90HZ OLED panels, but also the industry's first 16-inch 4K OLED panels.