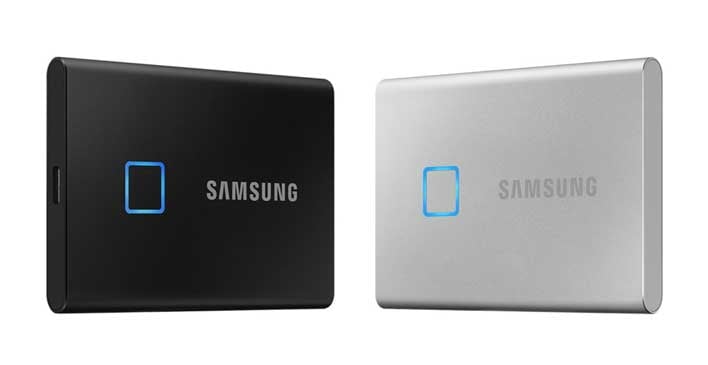 Samsung has announced a new portable storage drive that it is aiming at professionals and casual gamers. The portable SSD is called the T7 Touch, and the big feature is that it has an integrated fingerprint scanner for data security. Samsung also notes that the drive has the fastest transfer speeds currently available.

Connectivity is via a USB 3.2 Gen 2 port offering read speeds of 1,050MB/s, and write speeds of 1,000MB/s. Samsung says the T7 is roughly twice as fast as its predecessor, the T5, and 9.5 times faster than external HDDs.

The aforementioned fingerprint scanner is used on top of password protection and AES 256-bit hardware encryption. It also has a Motion LED that allows the user to determine the status of the drive at a glance. The SSD is fitted inside a solid aluminum case, and it is very portable, with a weight of 58 grams.

In other CES 2020 news, Samsung unveiled its Neon artificial human avatars at the show.