When it comes to storage, the industry has, for the most part, shifted to SSDs for desktop and laptop PCs. Given falling NAND prices and far superior performance, SSDs are the obvious choice for the consumer market. However, when it comes to external storage, HDDs still command the lion's share of the market by offering vast amounts of storage at relatively affordable prices.

Sabrent is now giving external SSDs the upper hand on the storage front, but don't expect to get any relief regarding pricing. Witness the new Rocket XTRM-Q, which is a 16TB external SSD that connects to your PC using a Thunderbolt 3 cable. The Rocket XTRM-Q doesn't actually use a single 16TB SSD, however. Instead, it features two individual 8TB SSDs that can operate as two separate drives in RAID-1 to mirror data or RAID-0 for peak performance. According to Sabrent, sequential read performance hits 1,400MB/sec in a single drive configuration, while RAID-0 sees those speeds double to 2,800MB/sec. 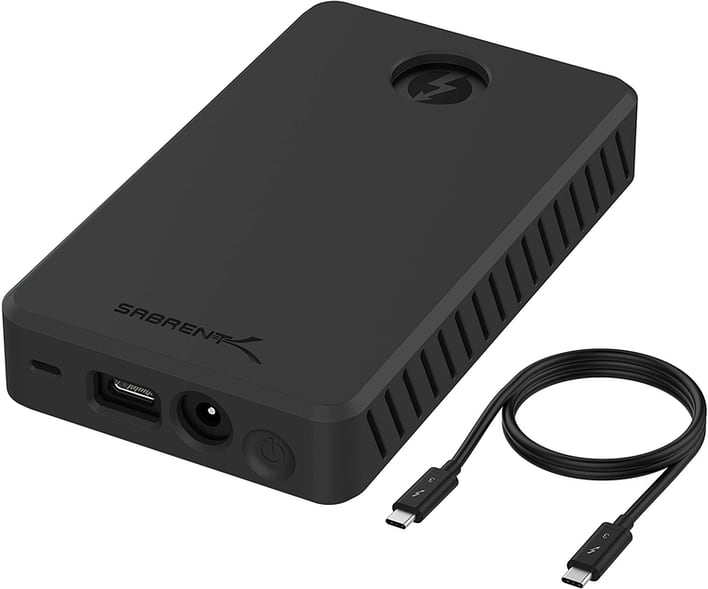 The SSDs are nestled within an aluminum enclosure to wick away heat a quickly as possible. A Thunderbolt 3 cable is included in the box, along with a relatively beefy [proprietary] power adapter. Unfortunately, Sabrent has not provided any details on warranty or write endurance, although we've reached out to the company for clarification.

When it comes to pricing, the Rocket XTRM-Q is not for the faint of heart. Amazon currently lists the external SSD at $2,899.99, which is a princely sum for external storage. For comparison, a 4TB Western Digital external SSD using a USB-C interface rings up at $579.99. On the other hand, an 18TB G-Technology external HDD with a USB-C interface costs "only" $549.99 over at Amazon.

While you're paying a hefty price premium for the Rocket XTRM-Q, there aren't many other options out there for consumers that need a considerable amount of ultra-fast storage.