AMD's not-yet-released (or even announced) Ryzen Threadripper Pro 5995WX processor continues to make unofficial appearances on the web. Last week the chip found its way to a distributing computing project's database (MilkyWay@home), and now it is flashing its pro-tuned heavy metal in a handful of benchmark runs.
The Ryzen Threadripper 5000 series is not out yet, but it eventually will be released. It is based on AMD's Zen 3 architecture and carries the codename Chagall. According to past leaks, the workstation models will be offered in 12-core/24-thread, 16-core/32-thread, 32-core/64-thread, and 64-core/128-thread configurations.
It's the latter that the Threadripper Pro 5995WX falls into, wielding 64 physical cores and 128 threads of Zen 3 muscle. The chip is set to replace the Threadripper Pro 3995WX, with a presumed sizable jump in IPC (instructions per clock) performance in going from Zen 2 to Zen 3. While still early, leaked benchmarks certainly suggest that is the case. 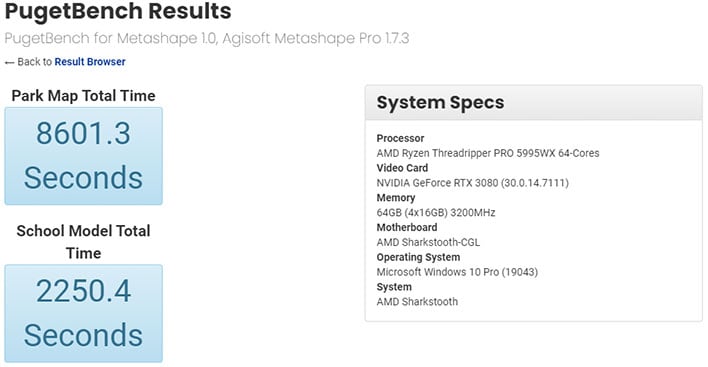 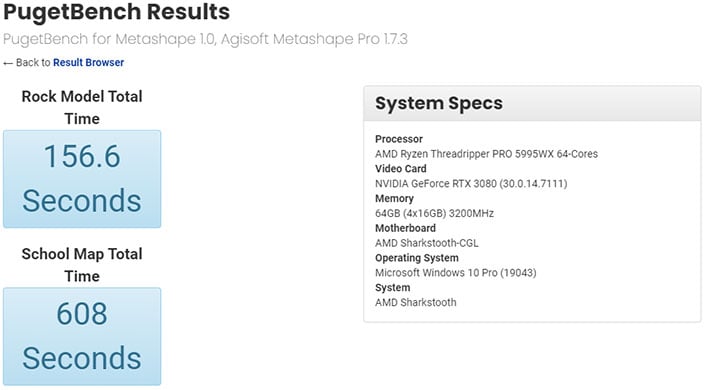 Someone has taken the Threadripper Pro 5995WX and ran it through some custom benchmarks that system builder Puget Systems put together. These are based on Agisoft's MetaShape Pro software. Looking at the results above, we see the chip ripping through Park Map in 8,601.3 seconds, School Model in 2,250.4 seconds, Rock Model in 156.6 seconds, and School Map in 608 seconds.
We couldn't find any meaningful results to compare against for the Park Map and School Model benchmarks. However, someone did benchmark the Threadripper Pro 3995WX in the Rock Model and School Map tests. Have a look... 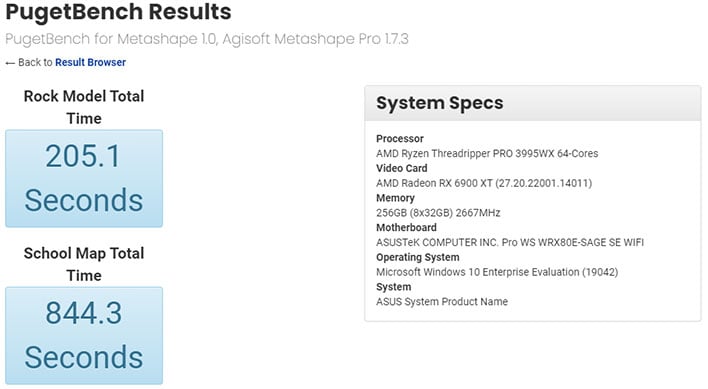 Looking at the Rock Model results, the Threadripper Pro 5995WX completed the test 48.5 seconds faster, taking nearly 24 percent less time than the Threadripper Pro 3559WX with the same number of cores and threads. As for the School Map results, the Threadripper Pro 5995WX finished the test 236.3 seconds faster, taking 28 percent less time.
We're not suggesting anyone get overly excited about a limited set of leaked benchmarks. However, we have already seen what Zen 3 brings to the table over Zen 2, in terms of better performance, so it stands to logic and reason that we will see the same types of gains when the newest Threadripper processors arrive.
The consumer (non-workstation) models will be offered in up to 64 cores and 128 threads, too. So those who want to go all out with a whole bunch of cores and threads based on Zen 3 should soon be able to.