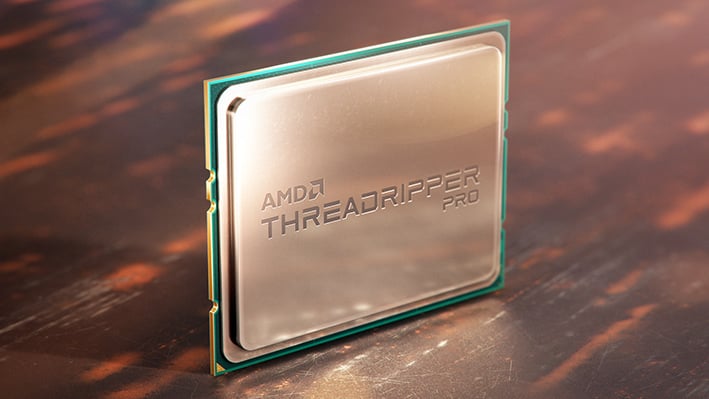 AMD has offered “PRO” branded Ryzen processors for a number of years. Although the base processor architecture and platform is unchanged versus their standard counterparts, Pro series Ryzen processors enable a number of security, reliability, and manageability features targeted at the enterprise market, where Intel’s competitive vPro-enabled products play. Today, however, AMD is pushing its Pro branding and feature set way up its product stack, with a new line-up of powerful Ryzen Threadripper Pro processors, designed for high-end workstations and creative professionals. 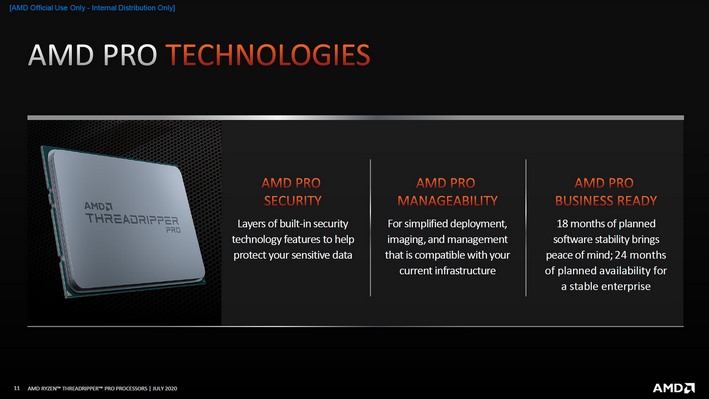 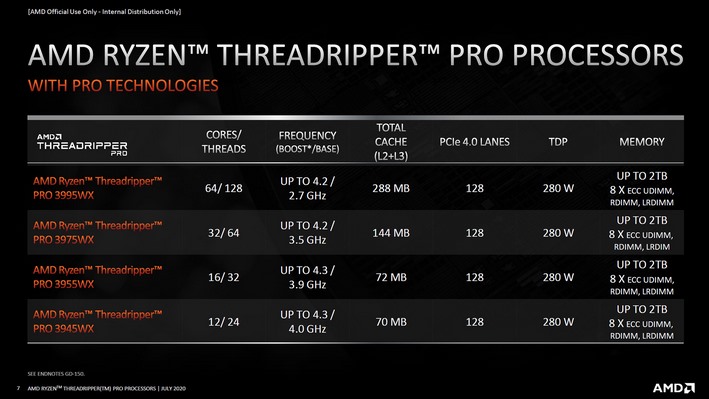 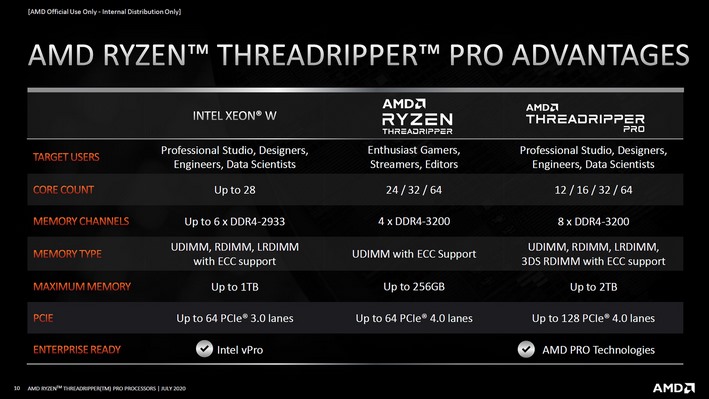 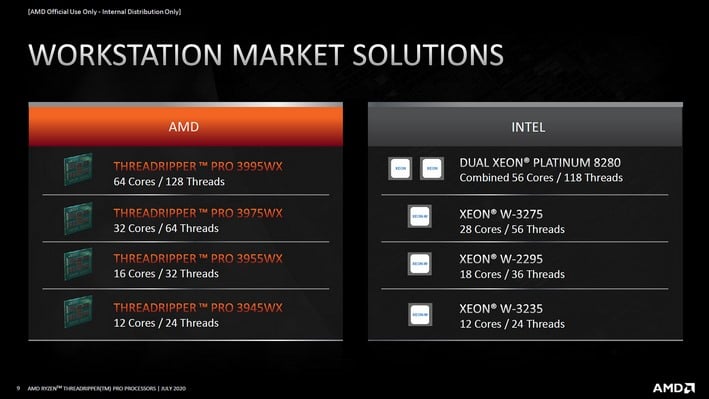 AMD Ryzen Threadripper Pro series processors are positioned directly against Intel’s Xeon W class products. AMD, however, has a clear advantage at the upper end of the stack. Intel’s single-socket workstation processors currently top-out at 28-cores, whereas Threadripper Pros feature up to 64-cores. To come close to the same core count with an Intel-based setup, it would require a pair of Xeon Platinum 8280 processors, for a total of only 56-cores / 118-threads. 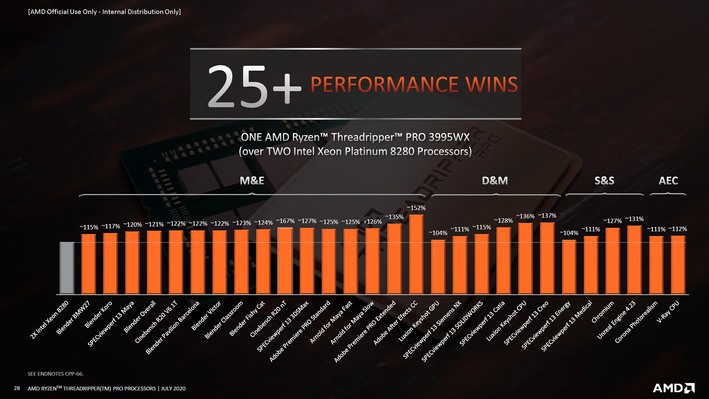 Even then, AMD is quick to point out that a single Threadripper Pro 3995WX offers not only higher core and thread counts, but higher overall performance with a wide variety of workloads as well. In addition to superior performance, however, Threadripper Pro processors also offer double the number of PCIe lanes – and those lanes are of the PCIe 4.0 variety. Threadripper Pros support more total memory, and more memory channels, at higher-clocks as well, for additional capacity and bandwidth, which no doubt helps in some of the workloads referenced in the benchmark data above. 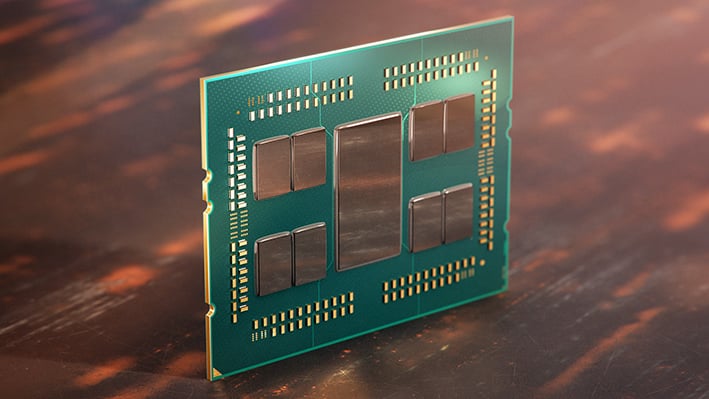 AMD partnered with Lenovo to launch the Ryzen Threadripper Pro series of processors. They will initially arrive in Lenovo’s ThinkStation P620 series of workstations, with availability slated for September. At this point in time, Ryzen Threadripper Pro processors will be offered only by OEMs and system integrators, in pre-configured, purpose-built systems. There are no plans to sell these processors and their associated motherboards separately at this point in time.

We’re hoping to get one of Lenovo’s workstations in the lab when they become available, so stay tuned.