As Russia’s space agency struggles to remain relevant, its newest heavy lift rocket will make an uncontrolled reentry into Earth’s atmosphere sometime before 6:30 p.m. EST today. The upper stage of the newest Angara A5 rocket, dubbed IPN/Persei, has been stranded in a low parking orbit since it failed to reignite on Dec. 27, 2021.

The Russian space agency has been struggling for years to replace the venerable Proton booster, more than half a century old. In recent years, Proton boosters have shown serious reliability issues. The newest space vehicle, Russia hopes, will be competitive with SpaceX rockets and help boost the country’s participation in commercial space tourism. 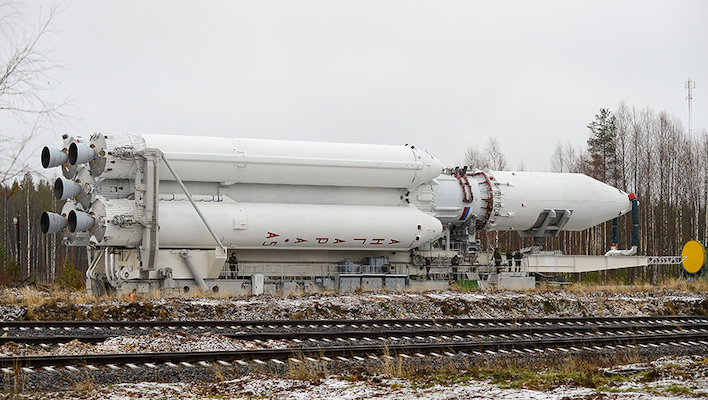 Russia has spent more than 20 years developing the Angara A5, and successfully used the two-stage rocket to take a "dummy" 2-ton cargo load into geosynchronous orbit in 2014. Six years passed, and another Angara A5 lofted a 2.4-ton mass simulator into orbit in December 2020.

For its third demonstration flight in December 2021, Russia debuted the new upper stage, Persei. This new rocket stage marks a move away from toxic propellants that were used previously, instead using liquid oxygen and kerosene as fuel.

On Dec. 27, the Angara A5 lifted off and the core stage and boosters operated just as expected. The second stage also performed according to plan, and Persei’s RD-0124 engine successfully made its initial burn.

The IPN/Persei vehicle stranded in low parking orbit when the Persei stage failed to restart is reported to have a mass around 20 tonnes including propellant (more like 3 to 4 tonnes dry). It is expected to make an uncontrolled reentry between 1330 UTC and 2330 UTC Jan 5 pic.twitter.com/5XOGMZsnBx

After that, the Persei upper stage sat dead in space. The second burn, planned to put the rocket’s "dummy" payload into a higher, stable orbit, failed. Russian news service RT reported the launch a success, even though it acknowledged the upper stage had yet to relight.

Now, tracking site N2YO shows the Persei rocket module at less than 150km (88 miles) above the Earth’s surface and falling. It’s expected to make reentry sometime today before 6:30 p.m. EST, hopefully splashing down into the ocean rather than crashing to the ground. Estimates suggest the Persei still holds around 20 tons of its liquid oxygen/kerosene propellant.