Thousands of satellite modems are said to have been hacked during the onset of Russia's invasion of Ukraine, according to U.S. intelligence agencies. This information comes after President Biden warned U.S. businesses this past Monday of "evolving intelligence" that Russia is "exploring options" for potential cyberattacks.


Outages of tens of thousands of satellite modems in Ukraine and other countries began late last month, as Russia initiated its invasion. A senior Biden administration official at the time of the invasion stated that Russian government hackers had more than likely infiltrated critical computer networks in order to garner intelligence and disrupt key systems in Ukraine.

Officials speaking on the condition of anonymity, due to the sensitivity of the situation, said Russia's military spy service, the GRU, was behind the breach. GRU is the Main Directorate of the General Staff of the Armed Forces of the Russian Federation, formerly known as Main Intelligence Directorate. GRU has a reputation for being willing to take on riskier operations, and is said to be the country's largest foreign-intelligence agency. The agency has a history of operations against Ukraine, including a 2014 hack of Ukraine's Central Election Commission, and its energy grid in 2015 and 2016.

The affected modems were a part of Viasat's European satellite network, KA-SAT. While the cyberattack did affect civilian customers, Victor Zhora, Deputy Head of the State Service of Special Communications and Information Protection of Ukraine, stated, "Of course, they were targeting the potential of (the) Ukrainian military forces first as this happened just before the invasion."

Zhora said shortly after the invasion that the attack had "a really huge loss in communications in the very beginning of war." 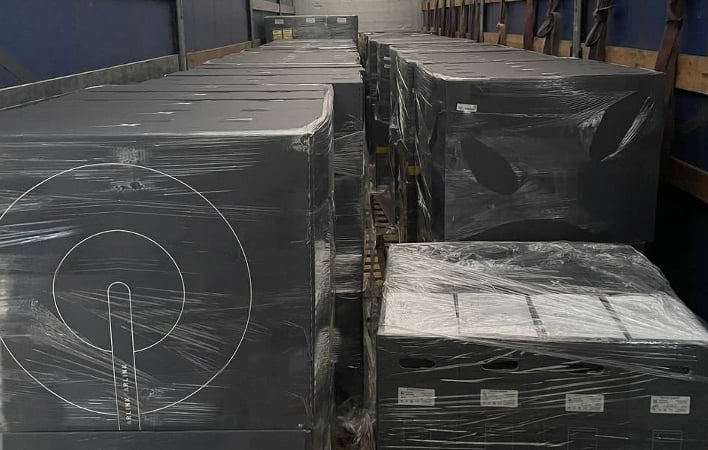 Many will remember Elon Musk answering the call of Ukraine's Vice Prime Minister, Mykhalio Fedorov on Twitter for help with Starlink satellite services. Musk responded immediately and had service up and running in less than 24 hours. He has also sent additional Starlink terminals to the war torn country on two separate occasions.

In a response to a tweet concerning the breach of satellites at the very beginning of Russia's invasion, Musk said, "Starlink, at least so far, has resisted all hacking & jamming attempts." He had previously warned on his Twitter account that Starlink satellite terminals could very well be targeted by Russian forces, and to take counter measures such as using camouflage to hide them.

While Ukraine now has Starlink satellite coverage, Dmitri Alperovitch, a cyber expert and chairman of the Silverado Policy Accelerator think tank, noted, "We can't know for sure, but this KA-SAT attack may have had a serious impact on degrading Ukrainian military capabilities at the outset of the war."