The PlayStation 3's Cell Broadband Engine was fairly unlike any other processor. It had capabilities that make emulating the system surprisingly demanding, even for modern hardware. As we've reported before, the AVX-512 SIMD extensions help with this quite a bit, but Intel cut off support for the instructions in its 12th and 13th-generation desktop CPUs. Fortunately, AMD brings AVX-512 support in its Zen 4 architecture, and you can now use those instructions in PlayStation 3 emulator RPCS3. 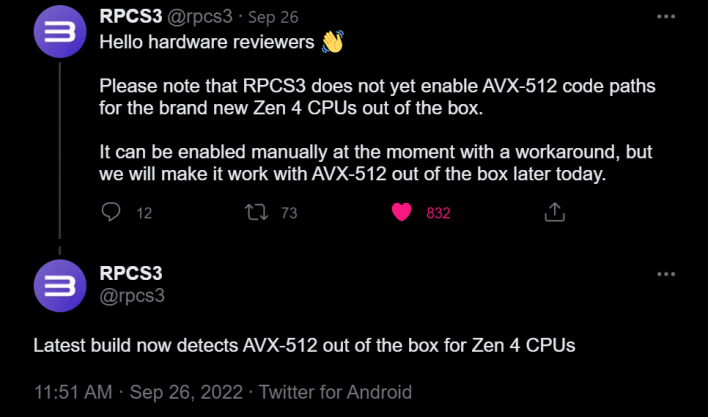 Technically, you could have used them from day one, but it required manually enabling the use of the instructions in the emulator's complicated setup dialog. Now, with the latest builds of the emulator, your Zen 4-based CPU will be detected, and AVX-512 will be enabled automatically. The use of the new SIMD instructions provides a speedup for the emulator, boosting performance by around 35% on Zen 4 processors. Best of all, it doesn't cost any clock rate or additional power on AMD's new CPUs. 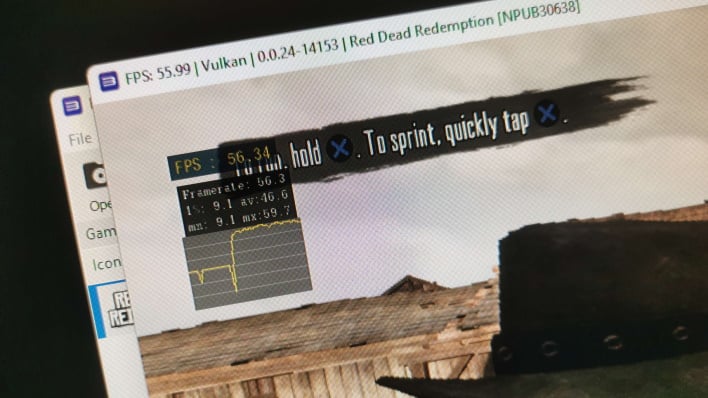 Unfortunately for AMD users, RPCS3 seems to have a rather strong Intel bias, regardless. In informal testing on the RPCS3 subreddit and in its Discord server, users have found that the Ryzen 9 7950X with AVX-512 comes in barely ahead of the Core i9-12900K, scoring about 56 FPS on the typical Red Dead Redemption benchmark where the Intel chip scores around 53 FPS. That's without the Intel part utilizing AVX-512, mind you—using AVX-512 on the Core i9 processor via a workaround takes it all the way up to circa 70 FPS. 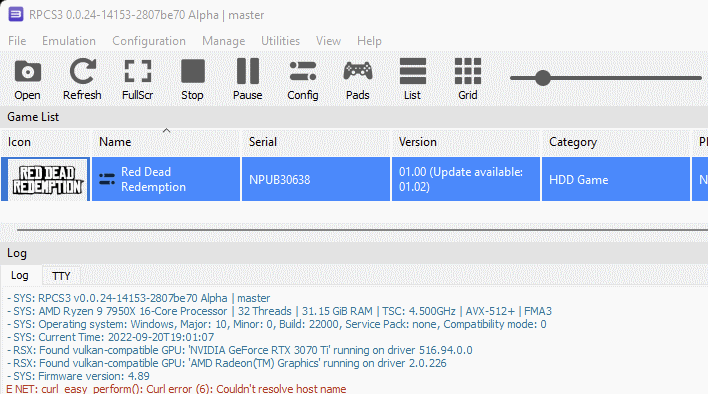 
Still, it's worth noting that 53, 55, and 70 FPS are all well above the usual 30 FPS cap for that game. In other words, any of these processors should be able to handle just about every supported game on RPCS3. In fact, even AMD's Zen 3 processors can handle the overwhelming majority of PlayStation 3 titles on RPCS3 thanks to the tireless efforts of the emulator developers.

Emulation isn't piracy, but if you're playing games you didn't dump yourself, then it's tantamount to same. Playing games on an emulator is great for all the benefits it offers, including higher resolutions, higher framerates, and easier modding. However, you'll need to make your own backup copies of the games to do it legally. RPCS3 has a fantastic guide on how to do this on their wiki, so check that out to get started.