GTA 6 has been on the horizon for some time, and there have been rumors left and right about the upcoming game from Rockstar. Though the company has not announced nor confirmed anything yet, we could be getting closer to a launch of the much-anticipated game. Rockstar North, out of Edinburgh, is in charge of Grand Theft Auto development, and they are hiring a new game tester alongside other interesting positions.

Rockstar's website lists 18 different job positions currently available for applicants, including the rather interesting game tester role. Diving into the position, Rockstar is looking for people with "Knowledge of current generation games consoles and PCs" and who have "Competent gaming ability." Of course, this would all make sense for a gaming company; however, this is the division of Rockstar that produces the GTA series. Thus, we can reach a limited number of conclusions, including the fact that we could be close to at least a GTA 6 announcement. 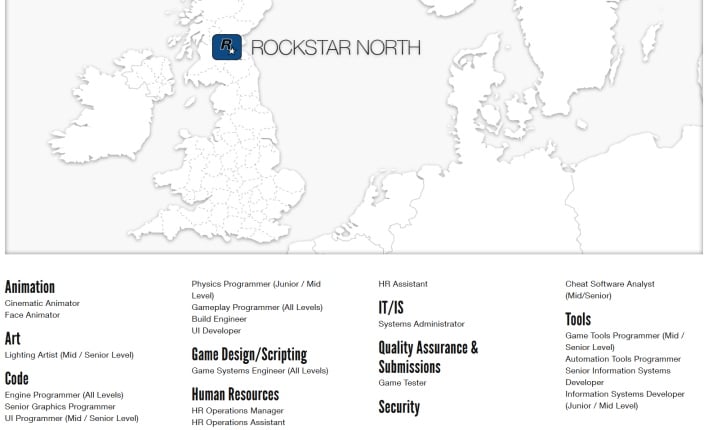 Looking ahead this year, we will hit the tenth anniversary of the GTA 5 announcement, which could be good timing for the next game's announcement. While it may be a little cliche, it would be a great way to drum up hype around the dedicated GTA community. We could see a whole celebration of what has happened this decade with GTA, from the main campaign to GTA Online, and even smaller things like a thriving role-play ecosystem.

Whatever the case may be, it will be exciting to see if Rockstar North has anything in store for us later this year. Therefore, stay tuned to HotHardware as we keep an eye out for updates on any GTA 6 news hopefully coming soon.