Ring's Latest Video Doorbell Is Its Smallest And Cheapest Yet

It looks as though Amazon is feeling a bit of pressure when it comes to popular lineup of Video Doorbells produced by its Ring subsidiary. The Ring Video Doorbell, which was last updated in 2020, is priced at $99.99. While that may be cheap for a device from Ring, there are competitors out there that are far cheaper.

To get to an even lower price point, Ring today announced the Video Doorbell Wired. This is an all-new device with a slimmer profile, while retaining most of the features of its more expensive siblings. The biggest omission, however, is that this model doesn't have a battery. The lack of a battery accounts for most of the cost savings that you'll find with the Video Doorbell Wired and aids in its smaller form-factor.

Because of the lack of battery, as its name implies, it must be connected to existing wiring for the traditional doorbell that you plan to replace for constant power. However, considering that most people already go that route when hooking up their Video Doorbell in the first place, this might not be that big of a deterrent... especially when you consider the cost savings.

Speaking of cost, the Ring Video Doorbell Wired is priced at just $59.99, which is $40 less than its next closest sibling. Amazon is also offering a bundle deal which throws in a Ring Chime for $79.99. Despite the lower price, you still get 1080p HD video recording, two-way talk, and advanced motion detection zones. You can also leverage the Ring app to get notifications when someone (or something) wanders into your motion zones or if someone rings your doorbell. 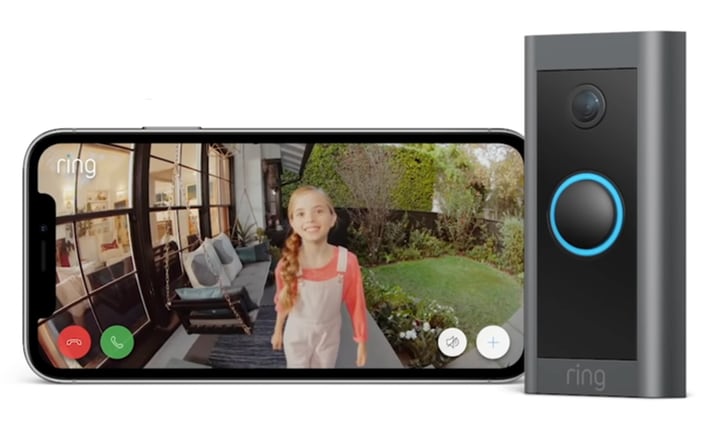 And as with other Ring products, you can subscribe to a Ring Protect Plan, which stores all your video recording in the cloud (your first 30 days are free).

We can't help but think that the Ring Video Doorbell Wired is a direct answer to the Wyze. Wyze is known for its family smartphone home devices (cameras, locks, thermostats, etc.) and one of its newer entries is the Wyze Video Doorbell. It too is a wired-only device with 1080p video and two-way audio. However, it costs just $29.99 and comes with free cloud storage for your recorded videos.