Back in early March, Ring launched its Video Doorbell 3 and Video Doorbell 3 Plus complete with 5GHz Wi-Fi support, improved motion detection, and Pre-Roll technology (which shows 4 seconds of video prior to an alert being triggered). Today, Ring has unveiled an update to its entry-level Video Doorbell.

Like the original, the new Video Doorbell can be run off your existing wired doorbell connection, which makes setup a breeze. Or you can rely on the removable battery pack for power, which will last between 6 months to 12 months per charge depending on the number of alerts you receive per day. It can be easily removed and recharged via an included microUSB cable. 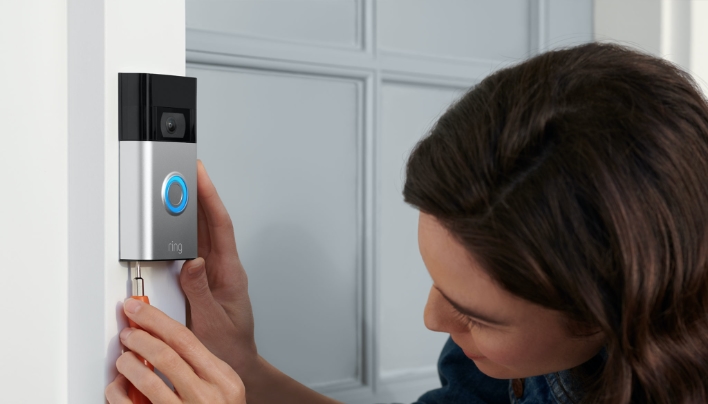 With regards to specifications, the new Video Doorbell seemingly takes the place of the Video Doorbell 2, which has since been discontinued. You get all of the hardware capabilities of the Video Doorbell 2 -- including two-way talk, 2.4GHz Wi-Fi, and 1080p video recording -- for just $99 instead of $199. Other features that are carried over include Privacy Zones that allows you to designate "off limits" areas within the camera's viewing area and Modes, which is a newly introduced software feature that provides three operating modes (Home, Away, and Disarmed).