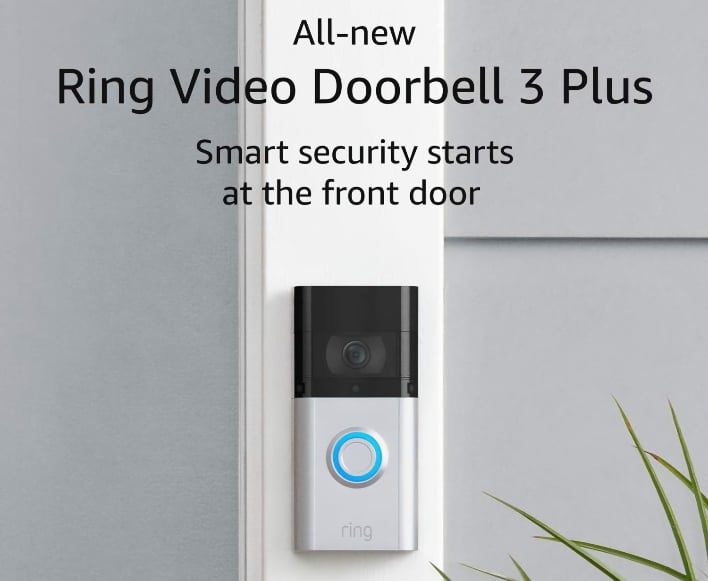 Ring Video Doorbell cameras have been in the news recently for security lapses and Amazon's close partnership with law enforcement agencies in the United States. However, the company has been rather silent with respect to releasing new video doorbell models. That changes with the imminent release of the Ring Video Doorbell 3 and Ring Video Doorbell 3 Plus, both of which had their product page revealed on Ring's website.

While the page was quickly taken down by Ring/Amazon, you can still find the full contents of Ring Video Doorbell 3/3 Plus in Google's web cache. Not that it really matters that much considering that it's just a doorbell, Ring has not really updated the exterior design much compared to the previous generation Video Doorbell 2.

However, Ring has made a number of updates under the hood, starting with a new screw mounting system that is said to be stronger, and an easier to remove faceplate. As for the innards of the Video Doorbell 3 family, a number of improvements have been made including support for both 2.4GHz and 5GHz dual-band Wi-Fi (versus just the former for the Video Doorbell 2). There is also the inclusion of what is being called a "near" motion zone that will only provide motion detection at distances between 5 feet and 15 feet from the cameras. This is designed to help cut down on false-positive notifications about movement. 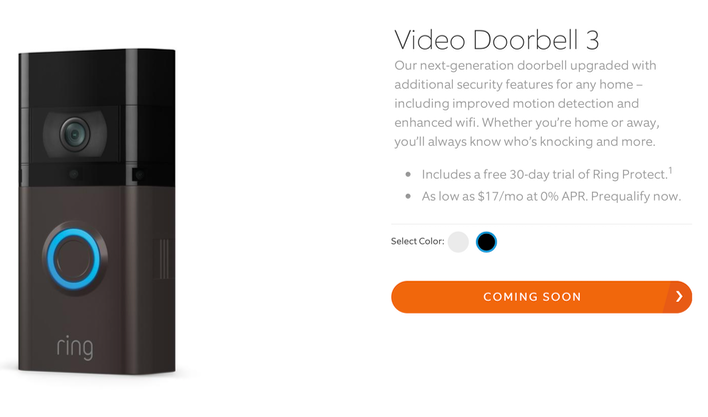 But perhaps the most interesting new feature is reserved for the Video Doorbell 3 Plus, which will include what Ring calls Pre-Roll technology. It will basically provide an additional 4 seconds of video footage prior to a motion event being triggered. This will perhaps allow customers to get a better fix on what was taking place before the camera was alerted to any suspicious activity.

The caveat to Pre-Roll, however, is that footage for this 4-second period is only capture in black and white, and in a low-resolution format. And while other security cameras and video doorbells provide similar functionality, Ring says that the Video Doorbell 3 Plus is the first battery-operated device to rock the feature.