It has been a wild few weeks on Wall Street after the so-called "degenerates" over at the WallStreetBets subreddit decided to go all-in and prop up faltering gaming retailer GameStop. The company has been down on its luck, posting $267 million in losses through the first nine months of [fiscal] 2020. However, WallStreetBets looked to crush Wall Street hedge funds that shorted GameStop shares (NYSE: GME) in a sort of high-stakes revenge plot.

GME shares were trading at around $19 a share at the start of the year, and then peaked at $347 on January 27th when WallStreetBets' had its strongest influence over the market. Not surprisingly, many people have been intrigued by WallStreetBets and reddit in general following the dramatic increase in share price for GME. Throw in the fact that the mainstream new media covered the whole financial drama for a week, and interest in the reddit platform has also increased. 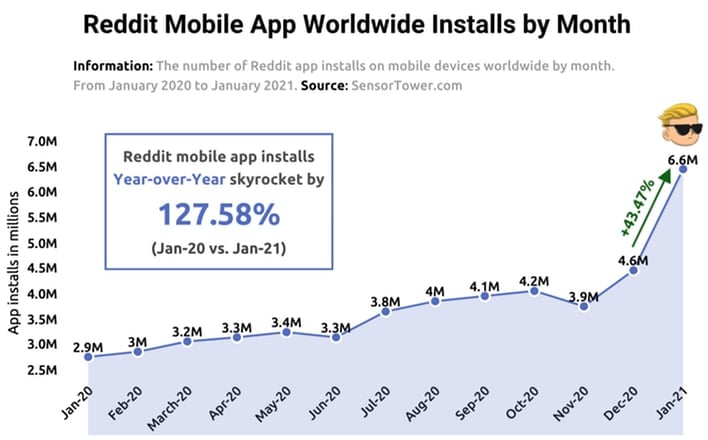 "Potential traders who missed on the GameStop rally looked forward to the next stock as recommendation content was being posted in the subreddit," writes Finbold. "Reddit also attracted attention as users under the WallStreetBets posted their success stories. Although not verifiable, some users told how they paid off student loans and medical debt after trading in GameStop stocks. Such a windfall made most people show interest in installing the app." 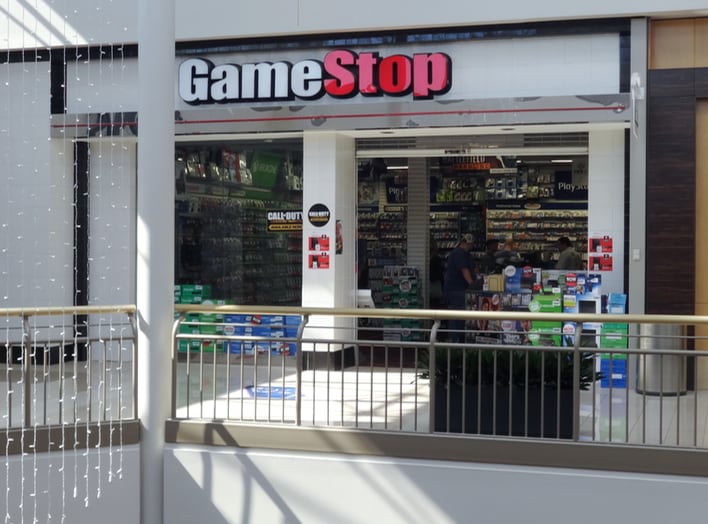 While the January spike in installs for reddit is quite remarkable, it will be interesting to see if this performance will continue in the long run. GME's share price was on a steady decline last week, falling from the $347 high to just $63 at close of day on Friday. So far today, GME is down another 5 percent to $60. While the is a far cry from its record highs which captivated the nation and made millionaires out of amateur investors (if they bailed during the highs), it is still far above GME’s $4/share price from June 2020. If you watched the Super Bowl last night, you might have caught that reddit ran a rather ingenious 5-second ad that hailed WallStreetBets' rise to fame.