Crime never pays unless you are playing Red Dead Redemption 2 with the new Blood Money update, allowing players to “venture into the criminal underworld of the west.” There is a lot to cover in this update, so let’s giddy up!

The Blood Money update brings a host of new criminal possibilities for all players, including with Guido Martelli, right-hand man to mob boss Angelo Bronte, and his crime ring. You can take on new Crimes in exchange for Capitale, “a system of exchange designed for the Bronte family’s more sensitive business dealings,” sort of the Bitcoin of the old West, it seems. The Capitale can then be traded in for access to Opportunities, the first of which being a train robbery to acquire three Jewels of the West to spite a up and coming senator.

Besides the train robberies, theft, and murder, there is also a new “Quick Draw Club,” a “new series of rapid-fire passes in consecutive installments over the months ahead.” Getting into the Quick Draw Club gets you special rewards, bonuses, and items for living outside the law. Each pass has 25 ranks and costs 25 gold bars, which can be recouped by completing all the pass ranks. With each consecutive pass you then purchase, you earn extra perks until you get all four, whereafter you will get the upcoming Halloween Pass 2 for free.

There will also be new clothes and accessories, weekly events, hired gun kits, and much more; but, what has us most excited is that DLSS is now included in Red Dead Redemption 2. DLSS, or Deep-Learning Super Sampling, is NVIDIA’s AI rendering technology that upscales frames to have higher quality at lower performance costs. 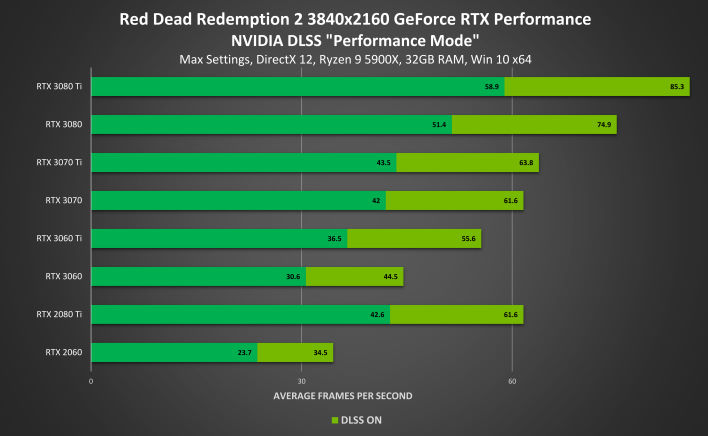 While there are many more features and fixes in this update that you can check out here, it is certainly shaping up to be a great update. Between new Crimes and Opportunities to DLSS improving performance for GeForce gamers, it is an exciting time to be a Red Dead Redemption fan.