Soundbars aren't just for home theater buffs, they're also encroaching into PC gaming territory. To wit, Razer in April unveiled its Leviathan V2, a multi-driver PC gaming soundbar with THX Spatial Audio, RGB lighting, and a dedicated subwoofer for $249.99. If that's too rich for your blood, Razer has now released the Leviathan V2 X with some of the same features, for a more palatable price—$99.99.
There's not a ton of competition in this space. Only a spattering of soundbar solutions exist that are aimed specifically at gamers, like LG's UltraGear GP9 that we reviewed last November. Generally speaking, headsets have taken over as the audio gear of choice for many gamers, particularly those entrenched in the streaming scene. 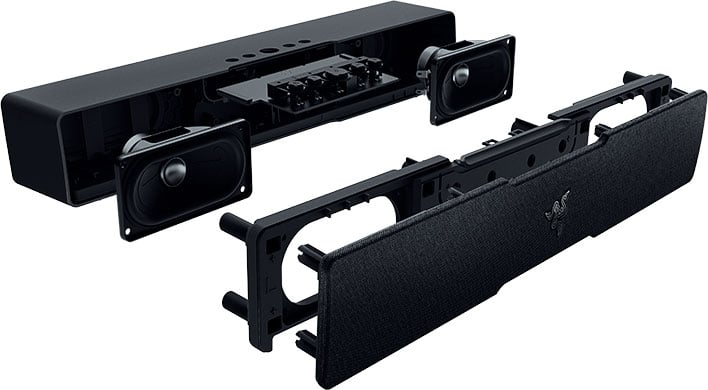 For anyone who still prefers a speaker setup, though, a soundbar offers a compact and convenient alternative to a multi-speaker arrangement. So it goes with the Leviathan V2 X. It's smaller than the pricier Leviathan V2, but still packs a pair of full-range racetrack drivers (2 x 2 x 4 inches) and two passive radiators to deliver "bold clarity and resonating depth for a riveting audio experience," according to Razer.
We'll reserve judgement until we've had a chance to sample the Leviathan V2 X for ourselves. As for the rated specs, Razer is claiming a boisterous maximum volume output of 90 decibels at 1-meter away, and a frequency response range of 85Hz to 20kHz.

Compared to its bigger sibling, the cheaper model lacks a dedicated subwoofer, and it doesn't support THX Spatial Audio. However, it features customizable RGB lighting, it draws power from a USB-C cable, and it supports Bluetooth 5.0 for wireless connections. 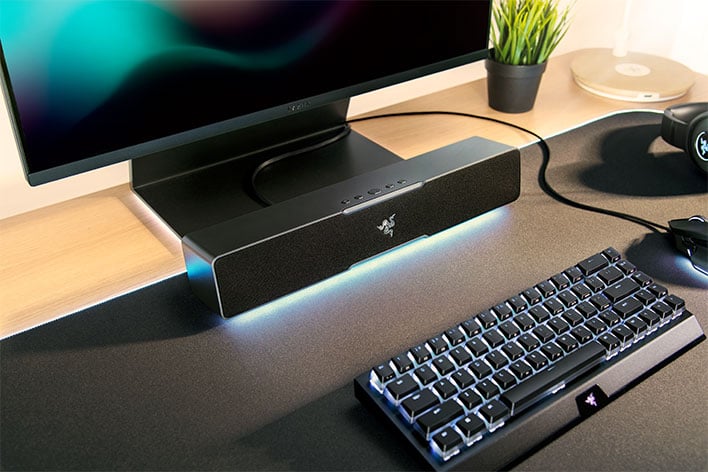 That latter feature means gamers can easily switch between PC and any mobile devices that are connected via Razer's audio app, be it a smartphone, tablet, Nintendo Switch, and so forth.
Unfortunately, there's no battery power like LG's soundbar so this is not a portable option. Otherwise, this looks like a promising audio solution. As always, we recommend waiting for reviews before diving in, but if you're wanting to take a leap of faith, the Leviathan V2 X is up for preorder on Amazon.