Qualcomm announced its Snapdragon XR2 5G platform for next-generation extended reality (XR) headsets back in late 2019. At the time, Qualcomm touted the platform's 11x uplift in AI performance and 2x improvement in CPU/GPU performance along with support for up to seven concurrent cameras on flagship headsets.

Today, Qualcomm is showing off its reference design for headsets that use the Snapdragon XR2 5G platform. The current reference design maxes out the hardware capabilities of the chipset with seven cameras -- two internal for eye tracking, four exterior cameras (two of which are used for head tracking), and an additional camera for tracking facial/lip movements, or controller tracking. 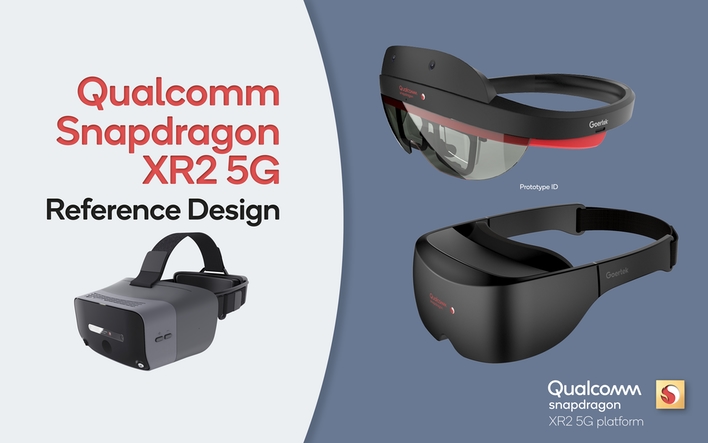 The reference design includes dual LCDs providing 2Kx2K resolution per eye, an IR emitter which is used for hand tracking, and support for Simultaneous Localization and Mapping (SLAM). There is also added support for Tobii eye tracking and a 6DoF wireless controller.

We should note that this is just a reference design from Qualcomm, and is not necessarily indicative of what products we'll see from the company's many partners. However, Qualcomm says that OEMs will be showing off their Snapdragon XR2 5G-based designs "in the coming months". 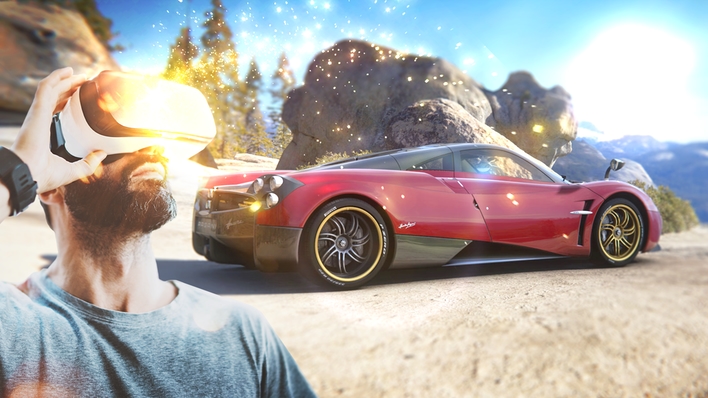 Qualcomm has also announced a partnership with NVIDIA and ZeroLight to beam XR experiences over a 5G connection. For example, ZeroLight has developed VR content that is rendered on-site using NVIDIA RTX servers and is then sent over a 5G connection to a Snapdragon XR2 5G-based headset. The trio has even worked out what it calls "re-projecting" to help reduce latency and make sure that the rendered data is accurately rendered and positioned for the user. 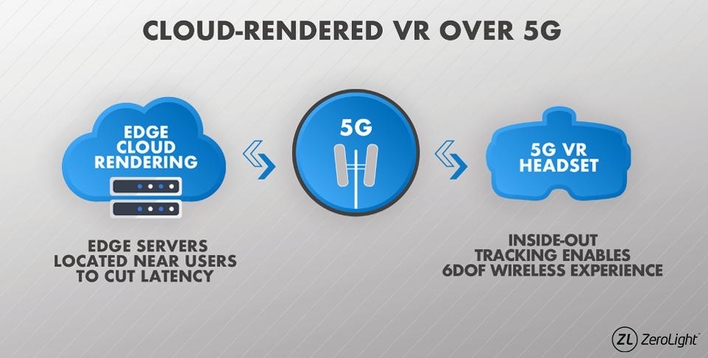 In the ZeroLight demo, users are able to explore and configure a Pagani supercar using 6DoF head and controller tracking. It's possible to select paint colors along with interior furnishings and wheel choices in real-time. And since everything is rendered using high-powered RTX GPUs, users are ensconced in a photorealistic environment without needing a high-performance local PC to do the heavy lifting. In practice, this sounds a bit like GeForce NOW, only for XR headsets.

“We are now in the era of 5G which will transform how the world connects and communicates,” said Brian Vogelsang, senior director of product management for Qualcomm Technologies. “With distributed processing from boundless XR over 5G, XR will see one of the most dramatic 5G transformations. Industrial-level processing power will be available on-demand with ultra-reliable [connections] and low latencies, revolutionizing XR’s potential for both the consumer and the enterprise.”