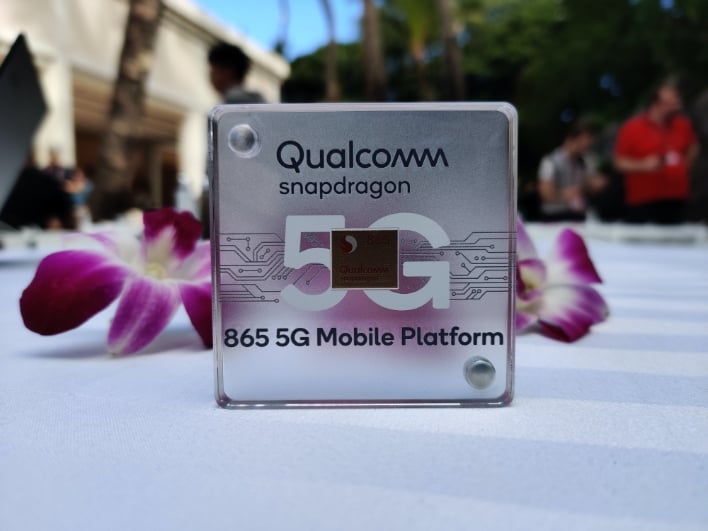 As you might expect for SoCs that will be powering the bulk of flagship Android smartphones in 2020, all three SKUs bring 5G connectivity to the table. Given that this is just Day 1 of Qualcomm's 3-day tech extravaganza, the company is being rather light on details for now.

Then there are the Snapdragon 765 and Snapdragon 765G. Qualcomm is simply stating that these chips will bring "bring integrated 5G connectivity, advanced AI processing, and select Snapdragon Elite Gaming experiences." We don't know what 5G modem will be embedded with these SoCs, but we'd reckon that it won't be the Snapdragon X55.

With that being said, Qualcomm will reveal full details on the Snapdragon 865 and Snapdragon 765/765G on Wednesday.