Regular reality can be a lot sometimes, which might explain why there's so much interest in so-called extended reality (XR). That umbrella can encompass all the augmented and virtual reality solutions on the market, but you've probably noticed a problem with existing hardware: it's bulky. At the Snapdragon Summit, Qualcomm has revealed its new Snapdragon AR2 Gen 1 platform, a connected solution to help OEMs make a new generation of sleeker augmented reality glasses.

Previously, Qualcomm's augmented reality work was based on the XR1 and XR2 platforms, but now AR devices will have their own reference hardware as a starting point. Snapdragon AR2 Gen 1 has been optimized for the unique challenges of AR hardware like size, power efficiency, and performance. The AR2 Gen 1 relies on a 4nm process node, the same as Qualcomm's latest flagship smartphone processors. As a result, the AR2 uses 50% less power than the XR2 while offering a 40% smaller PCB. That's important for something that's going to be resting on the bridge of your nose.

OEMs will have the option to use a single-board solution or distribute the AR2 Gen 1 components throughout a piece of hardware. For example, the main processor could be in one temple of the glasses, while the connectivity solution (with support for Wi-Fi 7) is on the opposite side. Meanwhile, a co-processor sits in the middle for eye tracking and image processing. On that note, Qualcomm says the AR2 has 2.5 times higher AI performance compared to the XR2. 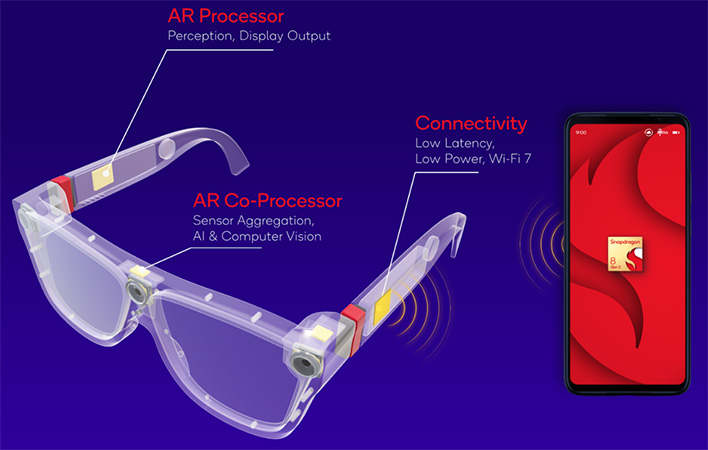 The AR2 Gen 1 will have native support for Snapdragon Spaces, Qualcomm's developer platform for XR experiences. I've used a few demos developed with Snapdragon Spaces on XR2-based hardware, and while the technology was impressive, the clunky hardware ruined the experience. The AR2 Gen 1 could be a big help in applications that don't need the power of XR2. Qualcomm says OEMs are already building products with the AR2 Gen 1, including Lenovo, OnePlus, Motorola, and Xiaomi. It does not, however, offer any estimation of when consumers could see the first devices based on AR2 Gen 1.

Qualcomm didn't stop with AR—it has more new chips for your head. It has new personal audio experiences with the Snapdragon S3 Gen 2 and S5 Gen 2, the most advanced Bluetooth audio platforms the company has ever made. The S5 and S3 promise support for lossless audio with even lower latency than before—as little as 48ms with Bluetooth LE Audio. Qualcomm also worked with the Bluetooth SIG to ensure its chips work with the newest LE features like Audacast, which broadcasts high-quality audio for multiple devices to join. 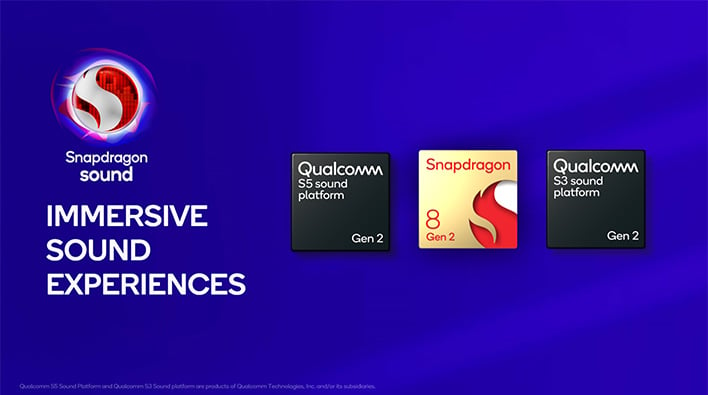 Based on Qualcomm's consumer surveys, there's growing interest in spatial audio, and its new platforms support that with dynamic head-tracking. There's also an enhancement to sound isolation with Qualcomm's new Adaptive Active Noise Cancellation, which takes into account not only environmental noise, but also the way earbuds or headphones fit the user. 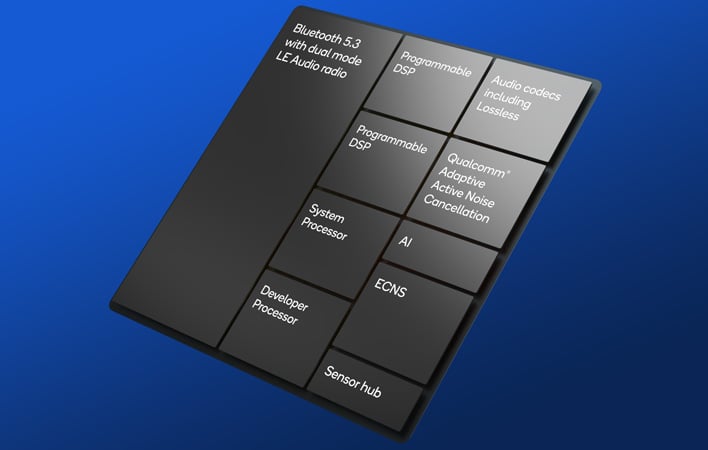 In this case, Qualcomm offers a general timeline for availability, but it's not going to be soon. Vendors have samples in hand to develop new products, but we won't see new earbuds or headphones with the S3 or S5 until the second half of 2023.