Call Of Duty: WWII Is Available For Free To PlayStation Plus Subscribers Starting Today 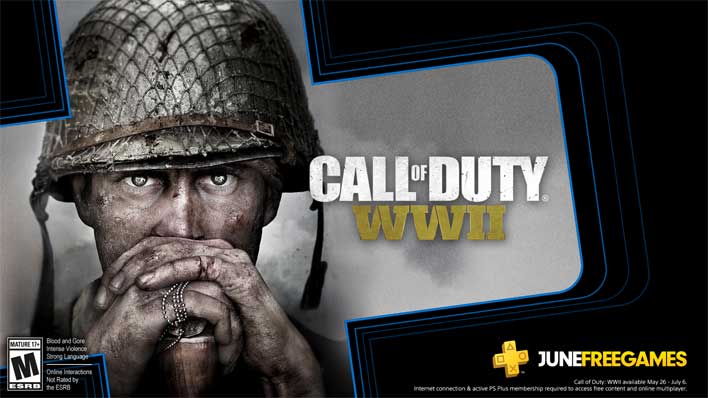 Much of the country remains in [partial] lockdown mode, even as some states start to reopen, and many gamers are still looking for something to do to pass the time. PlayStation gamers who are members of PS Plus have an excellent game being added to the free monthly game lineup for June. Those with a calendar nearby will realize it's not quite June yet, but Sony is dropping Call of Duty: WWII starting today at no cost.

Call of Duty: WWII was a popular game in the franchise and will be seen by many as a much better game than Sony offered members in May. The free PS Plus games for May included Cities: Skylines and Farming Simulator 19, leading to some member complaints about the lineup. WWII isn't the first free Call of Duty game that Sony has offered members; previously Black Ops III and Modern Warfare Remastered were offered as free games.

PS Plus members: Call of Duty: WWII is part of the monthly games lineup for June, and will be available for download starting May 26.

It's rather unusual for Sony to offer its free games early, and this release is available a week before the expected launch date. The remainder of the lineup of free games for June will be revealed later this week. Players will have until July 6 to download the game at no cost. The only downside to offering a Call of Duty game to PS Plus members is that many gamers likely already own this title.

Offering a high-quality video game at no cost a week early is good news from Sony, but the news most gamers want to hear concerns the PlayStation 5. Sony confirmed in its fiscal 2019 earnings release that the PS5 is on track to launch this holiday season despite the coronavirus pandemic. One of the key details many gamers are waiting for is the price. Rumors continue to insist that Microsoft will undercut the PS5 by as much as $100 to lure gamers to the Xbox Series X, but it remains to be seen if that rumor will turn out to be true.