At the top of July, a vulnerability within the Windows print spooler service, dubbed PrintNightmare, was discovered in the wild. Afterward, Microsoft rushed out a patch to fix the problem, but the Redmond, Washington-based company may have been just a little quick on the draw. Now, some users are encountering printer issues with the emergency Windows patch leading to an even bigger headache.

As reported on Reddit, among other places on the Internet, users and system administrators are finding that the emergency patch KB5004945 to fix PrintNightmare is breaking Zebra printers’ functionality. The common theme appears to be that print jobs are getting stuck in the queue after a computer wakes from sleep, but the problems may not be limited to that alone. 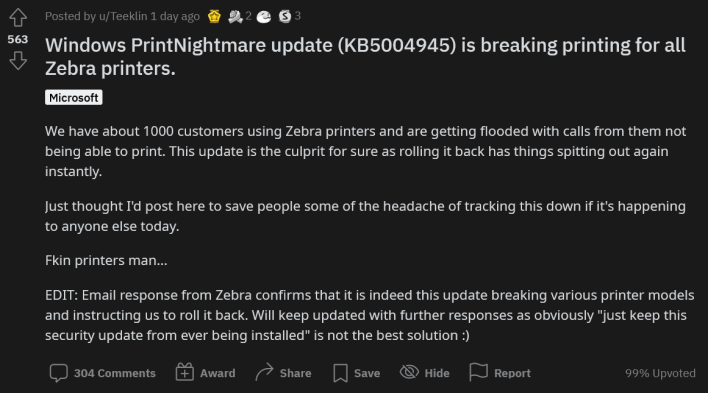 Moreover, this bug does not affect all Zebra printers and seems to be only causing the popular models trouble. It is unclear if this is because more people use them and thus would see the problem, or it is exclusive to the popular models like the Zebra LP2844. Either way, Zebra does not seem to be the most helpful on Twitter but is investigating the issue further nonetheless. 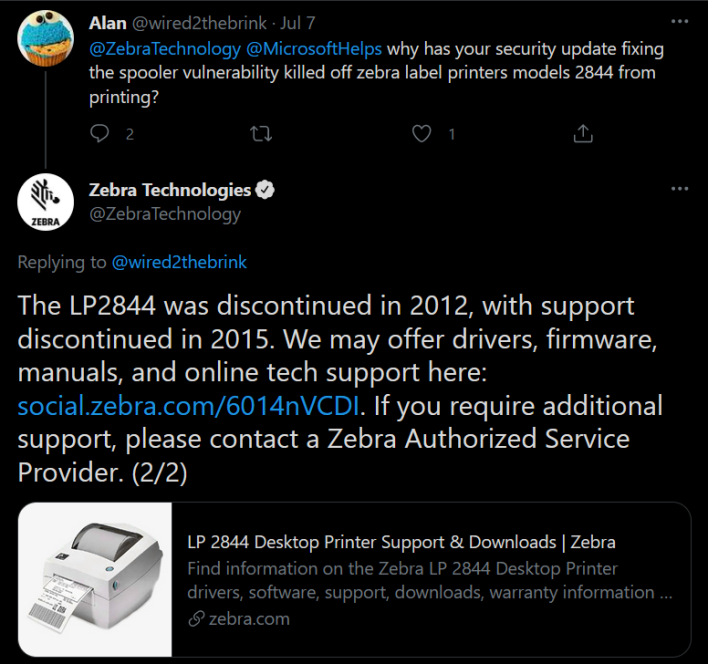 Despite Microsoft’s efforts, PrintNightmare has become a recurring nightmare, as only further issues have cropped up. Hopefully, Microsoft and Zebra can get this problem squared away quickly before customers encounter issues as the patch rolls out further.