This Popular Barcode Scanner Android App Has Been Updated With Malware, Uninstall It Now 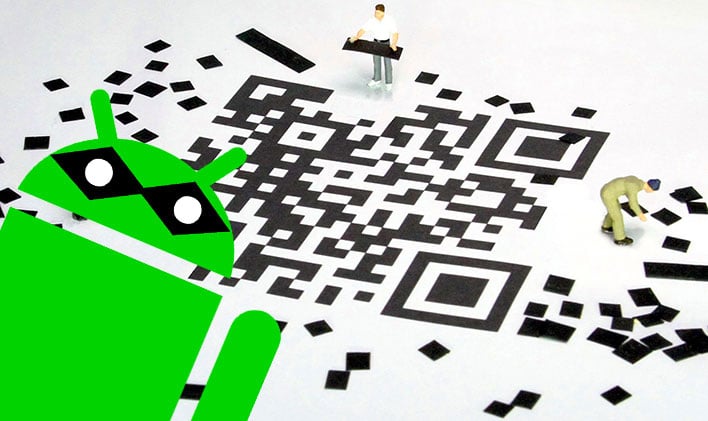 A barcode scanning app for Android with more than 10 million downloads under its belt has been found to be the culprit of unwanted ads and pop-ups when using the default browser. This was not the case prior to the developer dishing out an update in early December. But for some stupid reason, years of goodwill went right down the toilet when the app went from "an innocent scanner to full on malware."
The app is called Barcode Scanner, developed by Lavabird LTD. It has been available in the Google Play store for several years, where it amassed millions of downloads and a slightly better than 4-star rating out of nearly 80,000 votes. It was described as a "powerful QR code reader and barcode generator that supports all major barcode formats."
We say "was" because once Google was alerted to the developer's turn down a nefarious path, it booted the scanner from its store. That's the good news. The bad news is that given how popular the app was and how many downloads it generated, there undoubtedly remains a lot of devices that now have malware on their phones and tablets. Removing an app from Google Play prevents future downloads, but existing ones are not deleted.
So, what happened? As security firm Malwarebytes puts it, this a case of when a "simple scanner turns evil," as unusual as that may sound (we're not aware of any other barcode scanners going rogue in this manner).

The app developer's undoing was when the security outfit's forum patrons raised the issue of seeing ads come out of nowhere, despite not having installed new software. One of the patrons traced the unwanted behavior to the Barcode Scanner app, which they had been using for a few years.
In some cases, this can happen when an app developer supports their software with in-app advertising. Through no fault of the app developer, the company providing the ad SDK sometimes can change things for the worse, and negatively affect the app. But that is not what happened here. Lavabird LTD is fully to blame for Barcode Scanner serving up pop-up ads out of the blue.
This was not by accident, either. The developer took steps to hide what had been done, according to Malwarebytes.
"In the case of Barcode Scanner, malicious code had been added that was not in previous versions of the app. Furthermore, the added code used heavy obfuscation to avoid detection. To verify this is from the same app developer, we confirmed it had been signed by the same digital certificate as previous clean versions. Because of its malign intent, we jumped past our original detection category of Adware straight to Trojan," the security software firm stated in a blog post.
It's not clear if the developer was playing a long game here, or decided more recently to try and make a dishonest buck, given how large the install base became. Either way, you should uninstall Barcode Scanner immediately, and be wary other apps by the same developer.