Traditionally speaking, Pokémon has been a fairly linear game where you proceed from area to area after overcoming the challenges in each zone. The latest titles in the series, Pokémon Scarlet and Violet, broke that mold and took the franchise in an open world direction. Of course, Pokémon wasn't the only series to go open world this year. Elden Ring, while technically a new IP, is very much a spiritual sequel to Dark Souls. It similarly brought that familiar flavor of gameplay into the open environment. What's the connection? This mod: 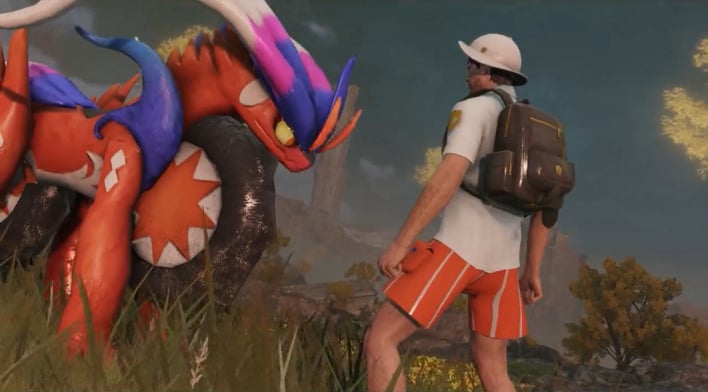 Simply titled "Elden Ring × Pokémon Scarlet", the mod, showcased on Twitter by Arestame, appears to mostly be a fairly simple asset replacement mod. In the one-minute teaser video (which you can see in the Tweet linked at the bottom), we see the Tarnished player character wearing a trainer's outfit, while trusty spectral steed Torrent is replaced by Pokémon Scarlet's Koraidon—a prehistoric lizard that, despite resembling a sort of biological motorcycle, instead runs about on all fours like, well, a lizard. 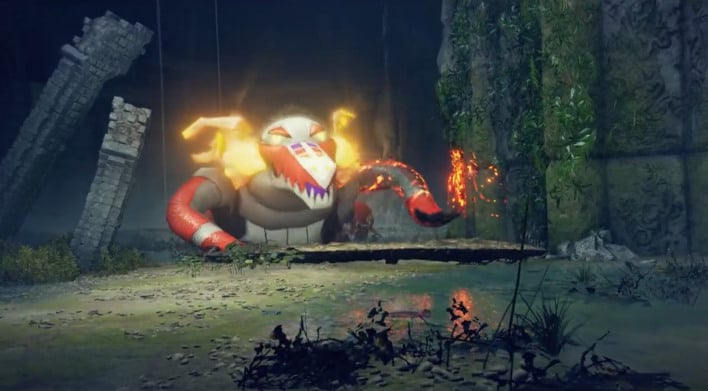 The video showcases a small variety of locales; we see hilariously out-of-place Quaxlys on one of Limgrave's beaches, and slightly-less out-of-place Smolivs standing around a grassy thatch. Elden Ring's lava drakes have been replaced with a gigantic form of the third-evolution Pokémon Skeledirge, while the Black Knife Assassins have been swapped to fan favorite Meowscarada—including the summonable spirit ash Black Knife Tishe. 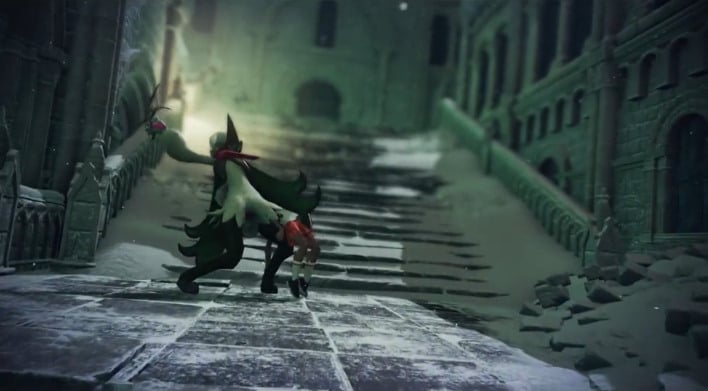 At the end of the clip, the camera pans up to reveal a walking mausoleum's nominative mausoleum has been replaced by a Pokémon Center. Sadly, as with the rest of the mod, it's surely just cosmetic; it's not as if you can walk up to the Pokémon Center and refill your healing flask.

Elden Ring X Pokémon Scarlet is here! From Paldea to The Lands Between, expand your #Pokemon journey with new summons in #ELDENRING ! pic.twitter.com/djOWo9ogpg

Still, the mod is downright comical just to look at, and judging by the replies on Twitter, there's apparently quite a demand for such a thing. We have to admit that the idea of adding some color to Elden Ring's drab world is appealing. Unfortunately, it doesn't look like the mod is available for download yet. We've asked Arestame if they plan to release the mod in any form, and we'll update this post if they reply.