Sony has seen the light and has major plans to publish more games on the PC platform, including ports of popular PlayStation exclusives. As such, Marvel's Spider-Man: Remastered and Marvel's Spider-Man: Miles Morales are both swinging over to PC with "PC-specific features such as adjustable render settings and ray-traced reflections." We can hardly way.
This is a major announcement, given that Spider-Man is a huge draw for the PlayStation 4 (completed with a themed PS4 Pro) and especially the PlayStation 5 where it also boasts ray-traced visuals. Sony's comment above suggests that additional ray-traced touches will be added to the remaster for PC, and it should look even better when all is said and done (depending on those adjustable render settings, of course).
In anticipation of the launch, Sony released a short trailer showcasing in-game cinematics captured on PC. Note that this is alpha footage...

Sony says it will "divebomb into tech specs another time," but otherwise offered up some interesting tidbits, such as confirmation for keyboard and mouse support. In addition, Marvel's Spider-Man: Remastered will include all the DLC that's currently available on the PS5, giving PC players access to additional missions and challenges right out of the gate. 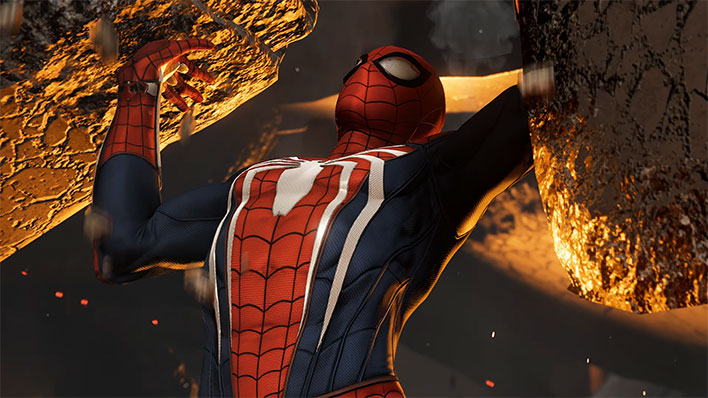 Developer Insomniac Games is working with Nixxes Software to bring these games to PC.

“I am extremely pleased with our collaboration with Insomniac on the Marvel’s Spider-Man series, the shared support provided between our teams and their dedication to quality above all is inspiring. It allows our team to leverage our technical expertise and focus on creating the best possible PC experience that takes advantage of all the exciting possibilities the PC platform has to offer," said Jurjen Katsman, Nixxes' founder and senior director of development.
"Our team has always been big fans of the work from Insomniac and partnering with them to bring Marvel’s Spider-Man Remastered and Marvel’s Spider-Man: Miles Morales to PC in the best way we can is something we are incredibly excited about," Katsman added.
It will be interesting to see the reception of these games. On PlayStation, Sony has sold more than 33 million copies globally as of two weeks ago.
We'll find out soon—Spider-Man Remastered is headed to PC on August 12, 2022, followed by Miles Morales sometime this fall.