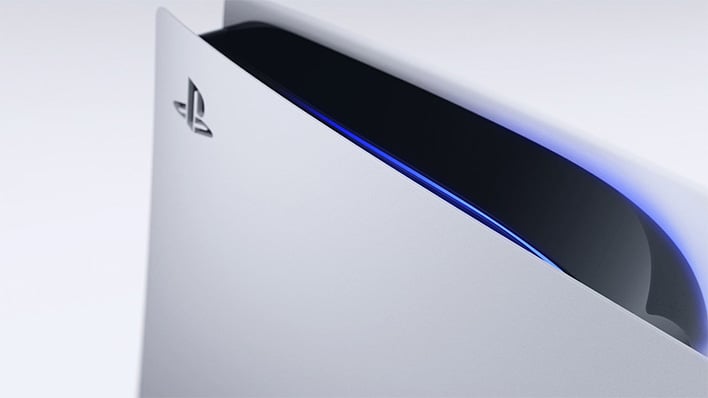 Sony has promised not to spring PlayStation 5 preorder availability on the public without sufficient notice, and while that's nifty and all, there is evidence to suggest the big day is coming relatively soon. For one, we know the PS5 will ship this holiday season (November or December). In addition, the underlying HTML code on one of Sony's websites contains some interesting text seemingly related to the PS5's eventual preorder status.
We still do not know when exactly the PS5 or Xbox Series X will launch, as Sony and Microsoft still have not announced a specific date. My money's on sometime in November, though. In the meantime, Reddit user Kgarvey dug up some telling bits in the source code from Sony's Direct.Playstation.com website.

"You can only purchase one version of the PS5 Console: Disc or Digital. You have already added on PS5 console to your cart," some of the text reads in the source code.
It certainly looks as though Sony is getting things in order for a preorder launch. Additionally, it looks as though Sony will restrict PS5 purchases to one per household, just like it did with the PlayStation 4. It's a strict limit, too—whether you choose the Disc or Digital version, you are limited to one PS5, and will not be able to buy one of each (if the source code holds true).
This is to prevent buyers from swooping in and buying a bunch of consoles to sell on eBay and Craigslist, if and when there is an initial shortage. Yes, that is still a thing. It remains to be seen what the situation will be like when the PS5 arrives, but given the amount of interest in these next-gen consoles, it makes sense to put a limit on prerorders.
Both the PS5 and Xbox Series X will look to transform gaming with high-end hardware consisting of custom AMD silicon, based on the company's Zen 2 CPU cores and RDNA 2 GPU architecture. 4K gaming and support for real-time ray tracing are selling points, but the biggest thing could end up being the SSD storage. Sony and Microsoft have been hyping the storage scheme in their respective next-gen consoles, which promise to virtually eliminate load times and in-screen transitions. We shall see.