BlackBerry (via TCL) was the last major OEM that attempted to include a workable physical keyboard in a modern Android smartphone. However, a relative newcomer to the game -- Planet Computers -- is looking to spread some physical QWERTY goodness around the world with the Astro Slide.

The highlight of the Astro Slide is definitely the physical keyboard, which slides out from under the display. Although we've all pretty much grown accustomed to on-screen keyboards after the iPhone first popularized them in 2007, there are still those that clamor for the nostalgic charm of individual, physical keys. The keyboard on the Astro Slide is even backlit for nighttime typing sessions.

Rather than going with a 5G solution from Qualcomm, the Astro Slide instead has opted for a Dimensity 1000 5G from MediaTek. This is an octa-core SoC with its own integrated 5G modem (a la the Snapdragon 765). The SoC is paired with 6GB of RAM and 128GB of internal storage (a microSD slot is included for expandable storage). Also included are two nanoSIM slots along with support for eSIM technology. The Astro Glide runs Android 10, but also supports Linux with a multi-boot option.

A 6.53-inch (2340x1080) display is included, which features an embedded fingerprint sensor. There's a 5MP selfie camera up front and a single 48MP camera on the rear, which seems "quaint" in today's age of triple and even quad rear cameras. A 4,000 mAh battery is included, which supports both fast and wireless charging. 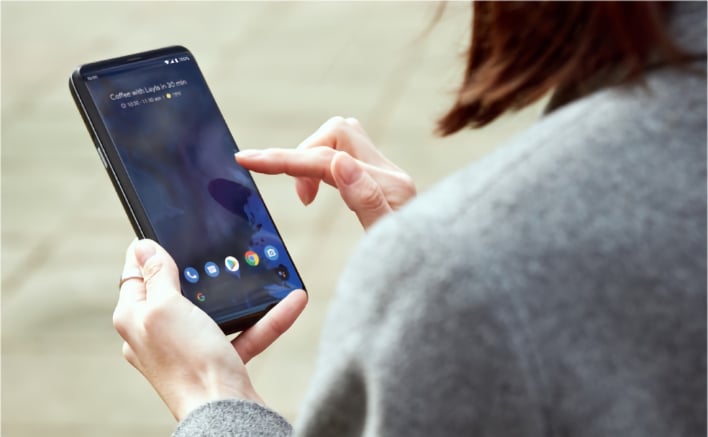 Planet Computers has taken to Indiegogo to gain funding for the smartphone where it has already surpassed its goal of raising $200,000, and it still has 40 days left in the campaign. In fact, the company has raised a total of nearly $369,000 so far.

This all sounds a little bit too good to be true, but there are 619 backers that have already committed to Planet Computers' mission. The device is being sold for $544, and is estimated to ship in March 2021.